This Saturday, July 11, 2015, UFC 189 features an epic battle between Conor McGregor and Chad Mendes. They will be fighting for the interim 145-pound title vacated by Jose Aldo, due to injury. Initially, McGregor was set to fight Aldo at UFC 189, but Aldo had to withdraw from the fight due to a rib injury sustained during training camp. With only two weeks until the fight, Dana White, the President of the UFC, selected Chad Mendes as Aldo’s replacement.

This is an interesting matchup between two highly-touted 145-pounders. Chad Mendes (17-2) only has two losses on his record — both losses accrued while going up against Aldo — in January 2012 and October 2014. In his last fight with Aldo, Mendes showed his grit, power, determination, and skills while losing a closely-contested bout via unanimous decision.

McGregor (17-1) has been the UFC’s golden boy as of late. White loves McGregor’s flamboyant and cocky attitude, which helps with their marketing of his fights. He hasn’t lost since 2010, and he seems as confident as ever heading into this Saturday’s matchup with Mendes. Although the McGregor/Aldo matchup was setup to be a big hit in the MMA world, this McGregor/Mendes fight is no snoozer.

Here are my keys-to-victory for both fighters and my prediction of the fight:

He stays patient with his attacks, knowing Mendes only had two weeks to prepare for this 5-round championship fight. Mendes has been known to start off strong in each fight so McGregor needs to pick and choose his shots in the first round. He needs to consistently move, pepper him with kicks, and pick his angles. As the fight progresses, he needs to apply more and more pressure, which should tire Mendes out. Mendes has great hand speed and has legit knockout power in both hands, in addition to his excellent wrestling. McGregor needs to respect his opponent to some degree, or he’ll be wondering what happened after the fight is over.

He overwhelms McGregor from the start of the bout and capitalizes on his opportunities. McGregor is strong and lanky, and is an excellent fighter, but is not impossible to hit. He fights with his guards down, which allows his opponents to connect at a good rate. However, Mendes will need to make sure his cardio is up to par. At some point in the fight, he’ll need to take McGregor down, and that’ll take a lot of energy. If he can overcome the short training camp, he’ll have a chance of winning this fight.

In the end, I think the short training camp will end up biting Mendes in the ass. I see him winning the first round, as he usually does, but I think fatigue will set in. McGregor will stalk Mendes throughout the rest of the bout. In the end, McGregor will land the cleaner shots, and will eventually win by TKO in the 4th round. Who do you think will be victorious tomorrow night in Las Vegas?

COVID-19 Patients Have Similar Survival When Hospitalized, Regardless of Race 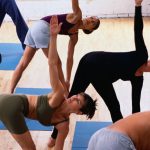 How to Head Off Holiday Weight Gain

From Halloween through New Year’s, holiday weight gain affects people the world over and,... more»