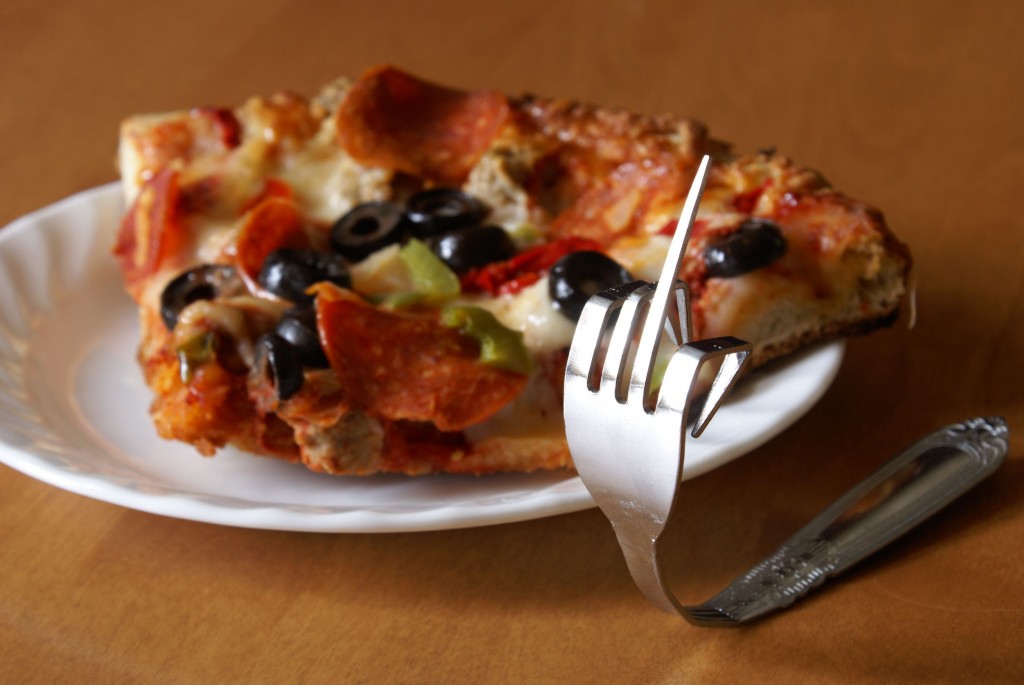 Not all pizza is created equal. There is bad pizza out there. Really bad. The kind of pizza where if you threw it down a sewer a rat as big as a dog would bring it back, knock on your door and say, “Sir, please take this offensive food item and kindly shove it up your ass.” Bad pizza is an affront to all mankind and the perpetrators of this heinous crime must be held accountable. The people I’m talking about are the nationwide chain pizzas that claim to have “delicious” pizza when in actuality what they give you is bulls*#t baked in a circular form. All of them are garbage but which of them are the less painful to eat?

Little Caesars
Everything about Little Caesar’s – the stores, the ads, the signage, the food – depresses me. The whole business needs to swallow some St. John’s Wart followed by a handful of SAM-e capsules. They are just so sad. They should change their slogan to, “Hey…we have pizza… eat it… or not… we don’t care… life sucks.”

And what adds to that depression is the fact that they know their pizza blows chunks. That’s why they give you a second one. It’s like Little Caesar’s feels bad that their food utterly lacks flavor, so to compensate they’ve decided to give you even more of it for free. That is the equivalent of someone kicking you in the nuts and saying, “Hey man, sorry I kicked you on the nuts. My bad. To make up for it, how about I kick you in the nuts?”

Papa John’s
If Papa John was my dad I would go all Oedipal on his ass. He just thinks he’s so f-ing cool doesn’t he, touring the country with his below-average pizza and touting it as “better ingredients, better pizza.” Trust me, it’s the exact same substandard ingredients creating the exact same substandard pizza they’ve been tossing for years. And please, Papa, stop with your goddamn garlic dipping sauce. Who you think you’re foolin’? Here’s a good rule of thumb: If you’re pizza needs to be dipped in anything, then it’s not a pizza worth eating. Oh and PS, your garlic dipping sauce is garbage as well, so good job on adding crap with crap – you’re in negative territory now.

Pizza Hut
Based on the number of Pizza Huts you’d find in Beijing, you could make the assumption that the Chinese really love Pizza Hut. Seriously, look it up or fly to Beijing and ask someone. Pizza Hut is the biggest food chain in the country. The country! That should say something about Pizza Hut.

It says that the Chinese have been fooled into thinking that Pizza Hut’s pizza is actually pizza. It’s a travesty of global proportions.

Let’s set the record straight: Pizza Hut’s pizza is a greasy piece of cardboard topped with toppings that I’m convinced come from my daughter’s fake-food play set. It sets a benchmark in all things bad about pizza. How they have achieved a pizza that is doughy and crunchy, sauceless with bad sauce, and salty without flavor is a minor miracle in technological ineptitude. And don’t get me started on that “stuffed crust” nonsense. No one needs that much goddamn cheese. Because guess what? That same cheese in the crust is the same bad cheese that’s on top of your pizza. So now you have a double dose, a two-fer, a buckshot if you will, of terrible cheese to eat.

Domino’s
Ok, full disclosure, when I was in college I loved Domino’s. Chalk it up to being young and dumb, but I remember really enjoying it. But now, as I have been over the last few years forced to consume it at the too- numerous-to-mention children’s birthday parties that I have to take my children to, I loathe Domino’s Pizza with the same hate I usually save for the music of Rascal Flatts.

And now they’re trying to hype this new recipe for their pizza. And make no mistake, it is a new recipe – a recipe for an even sh*#tier pizza. Note to the execs at Domino’s: Making your tomato sauce sweeter and your pizza crust saltier does not make it better. You are like the high school lacrosse star who is forced to take Home Ec and wants nothing to do with the class so he just half-asses it for the entire semester in hopes he’ll slide by without getting noticed. Congrats Domino’s – you’re lazy and you can’t make pizza, which is the only job we pay you to do.

So to answer the question, which ass pizza tastes less like ass? Well, that’s a tough one. They are all ass-worthy in their own unique way. But if I had a gun to my head and was forced to eat one of these chain pizzas I guess I would have to pick… oh hell, I don’t know. They’re all so bad. I guess if I had to I would choose Little Caesar’s just because they offer a second one free. If I’m gonna eat awful pizza then I might as well eat a lot of it….

And be sad at the same time.

Health Tip: When to Consult a Dietician

(HealthDay News) — A registered dietician can partner with you to develop a safe and... more» 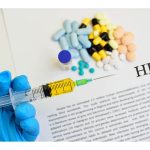 There’s no doubt about it: Staying at home, worrying about jobs and finances, is a recipe for... more»