“Anyone, including teenagers, can search for and buy marijuana from their smartphone, regardless of what state they live in,” said study leader John Ayers. He’s an associate research professor at San Diego State University’s School of Public Health.

In the study, Ayers’ team examined Google searches about buying marijuana by Americans between January 2005 and June 2017. During that time, there was a threefold increase in such searches, peaking at between 1.4 million and 2.4 million searches a month.

Marijuana shopping searches were highest in Colorado, Nevada, Oregon and Washington state, where recreational marijuana use is legal. But such searches increased each year in all but two states — Alabama and Mississippi. That suggests online shopping for the drug is increasing nationwide, the researchers said.

Thirty states and the District of Columbia have passed laws that broadly expand the legal use of marijuana.

Online sales of marijuana are illegal, even in states that have fully or partially legalized the drug, “but clearly these regulations are failing,” said study co-author Eric Leas, a research fellow at Stanford University.

Immediate action is needed to halt online marijuana sales, according to study co-author Theodore Caputi, from the University College Cork in Ireland.

“Children could obtain marijuana online without safeguards to protect them,” Caputi said in a San Diego State news release.

And there are other concerns.

“States that have legalized marijuana might not be able to collect taxes to offset the public health costs of legal marijuana from online retailers, and the instant online availability of marijuana could increase marijuana dependence among all age groups,” Caputi said.

Doing so would “effectively close off illicit retailers from consumers,” he said.

The study was published March 22 in the American Journal of Preventive Medicine.

The U.S. National Institute on Drug Abuse has more about marijuana. 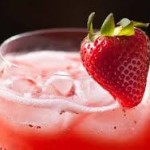 Let's call it a comeback. more»

Why I’m Not Sad That Mickey Rooney Died 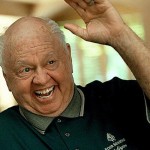 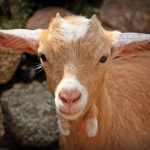 If you’re happy and you know it, so will a goat. New research suggests that goats can read... more»