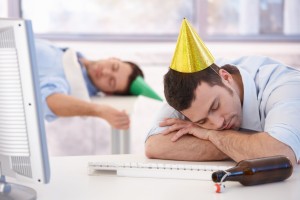 If you’re like me, then there are really only three things that inhibit your drinking to excess on a given night:

The transportation thing is easy to take care of, especially if you live in a metropolitan area.

And the sex thing matters less and less with each drink you consume (sometimes).

But the potential for a crippling hangover looms ceaselessly over your psyche the entire night, until you either go home to do something stupid and boring like read or sleep or whatever, or until you say to yourself, “Screw it—I’m getting tanked tonight, come what may.”

If you unwittingly choose the latter, I’m sure you’ve woken up not only questioning the decision you made the night prior, but lamenting the fact that hangovers are, to your knowledge, incurable in a timely sense. It’s awful enough to wake up with a punishing headache, a dry mouth that seems to extend to the rest of your body, and an urge to vomit that makes you think—just for a second—that you can empathize with women re: morning sickness. Knowing that you will be feeling this way for at least most of the day is a tough pill to swallow.

But what if, on these mornings when you wake up so hungover that you think dark thoughts like “If a taxi hit me on the way to work this morning I wouldn’t even care,” you were able to access some seemingly magical way wherein your hangover is cured in 30-45 minutes?

And what if you didn’t have to leave your home or office to do so?

That’s the idea behind services offered by The I.V. Doctor, a group that offers in-home intravenous hangover cures that supposedly work in as little as half an hour to rid your body of dehydration, nausea, heartburn and/or headache—depending on the service you choose.

For varying prices, The I.V. Doctor offers Lactated Ringers—a solution for fluid and electrolyte replenishment—combined with a combination of Zofran (anti-nausea) Pepcid (anti-heartburn) and/or Toradol (anti-inflammatory/pain/headache). If you pick the “REVIVE” service, you get the entire package shot all up in ya. But it costs $249, and the least costly option is a simple dose of Lactated Ringers for $199. So to use The I.V. Doctor you’re going to have to have a fair amount of disposable income. Or you’re going to have to REALLY hate hangovers.

You can visit the site and schedule an appointment for yourself or a group, at your residence, office, or a hotel room, in case you’re hungover and not at home.

You can also apply to be a service member, meaning that for $399 a month you get two appointments for a “REVIVE” service, and a discount on subsequent services you may need beyond them, in case you’re having a real F. Scott Fitzgerald kind of month.

And members get a direct line to schedule emergency appointments as short as 30 minutes before they want the needle in the arm to correct the damage that has been done.

So now you have to ask yourself: how much would you pay to get rid of a hangover?

An Argument For Getting Hammered Early 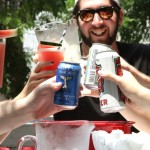 The early bird gets the worm at the bottom of the tequila bottle. more»

Four Tips You Can Learn From Pickup Artists 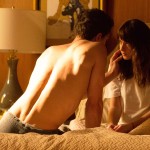 All the skills, none of the creepiness. more»