I have not ingested gluten in about a month.

The above is a statement I never thought I would make. I’m a human garbage disposal. I love food, especially unhealthy food, and my adoration of eating anything and everything had always easily trumped any worry I had about the negative effects. I’m legendary in some circles for my frightening ranch consumption.

But then, a while back, I started itching all over. It felt like I had chicken pox without the pox. Coworkers would ask if I was OK when they would see me furiously scratching the back of my leg with one hand, and my arm with the other hand.

My mom suggested I follow her lead by giving up gluten for a while, which she has recently done in an attempt to combat some skin problems. She has been diagnosed as gluten sensitive. I haven’t yet, but assume I have the same problem. My mom and I are very genetically similar, down to the skin issues that began affecting us at age 25. (My mom has psoriasis, something I both dread and anticipate developing.)

I was skeptical that cutting gluten consumption from my life would change anything (like, my crackheadesque itching issue), but was quickly proven wrong. I started itching less, and felt like I had more energy than I had become accustomed to having. There were gastrointestinal benefits, as well. This was significant because I used to regularly simultaneously impress and frighten my roommate by stringing together one rip that would last – no joke – 10 seconds or longer.

I thought at first that the improvements were all in my head, but they have since continued. And pounds have been melting off of me, without my having adjusted anything else.

My suggestion to you is to give gluten-free a shot for a couple weeks. You may find it has certain benefits that outweigh the inconveniences. And if it turns out you have no positive reaction, just go back to the diet that has been working for you.

Now, giving up gluten is not a particularly easy task. It’s easier for me than many people I know who have adopted a gluten-free diet, because I live in Brooklyn, where 9 of 10 people have some weird dietary restriction that most restaurants have no choice but to cater to. Gluten is, simply put, the major protein in wheat flour. This means that it is in a whole lot of the stuff you probably eat on the regular. And drink. Gluten is in beer. So going gluten-free means giving up beer. Which is probably difficult for you dudes, because beer is excellent.

But don’t fret. There is no gluten in liquor or in wine or in hard cider (which looks just like beer, if you want to carry around a glass of amber liquid so your friends won’t rip on your for going on one of those crazy “Chick Diets”). Beer is overrated anyway. Whiskey works quicker and better. In fact, a couple months before I went off of gluten, I noticed that drinking a six-pack of beer was giving me worse hangovers than a night of steady (albeit rapid) scotch swilling. This is probably because all of the gluten in beer was making me feel like an itchy, bloated maniac, and because scotch is the best thing that has ever been invented, ever.

No gluten. No mercy. That’s my new mantra. Join me, won’t you?

For help getting started, visit the Mayo Clinic’s list of what foods are allowed and not allowed on a gluten-free diet. 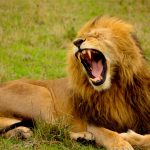 Here's what the habit can cause more»