For some men, the bachelor’s life is ideal. Others prefer to be in a committed relationship that either lasts for a number of years, or an entire lifetime. Lots of people seal the deal with some kind of marriage certificate.

If you’re not married yet, or are just uncertain of the upside to tying the knot, you should understand the very real benefits of getting married. Sure, responsibly and compromise are part of the package, but when the time is right, and you’re confident in your choice of life partner, why not be brave and take the plunge? Here are some excellent arguments in favor of giving up the single life and visiting the justice of the peace, or, heaven forbid, the wedding chapel.

Various studies show that married men in committed relationships with well-adjusted partners tend to be happier than men who remain single. While passion and wild excitement might, and usually do fade a bit over time, passion alone isn’t a prime indicator of happiness. The stability a good marriage brings lets you get on with your life and leave the dating scene behind, which will allow you to focus on things that are of benefit and that make you and the people around you happier, and healthier overall.

Akin to health in marriage, the right life partner can also help you live longer. Of course, if you’re an ill-fated soul who married a sociopath, or unluckier still, you got hitched to a psychopath, your life expectancy might actually be shorter. Setting these extreme anomalies aside, having a husband or wife who supports you in times of need can lead to increased longevity.

Studies have shown that men who are married and in a good relationship outlive men who aren’t. Heart disease and contagious ailments attack, and dispatch single men at a significantly higher rate than their married counterparts. So, if you like your life, and want to stick around for a while, marriage is, statistically speaking, one of your best bets for survival. While that might sound a little self-serving, we’re sure you’ll accomplish wonderful things with your extra time on the planet.

Despite the complaints of 1950s television husbands about their wives spending habits, folks who opt for the marriage route generally do better in the financial department. There’s a bit of a chicken and egg argument here as to the reasons behind this phenomenon, based on who tends to get married and why, but still, the statistics hold up.

Married couples without children, will, obviously, have more income at their disposal than people who are married with children (just ask AL Bundy), yet even couples with a few rugrats scampering about tend to do better that people who live together and aren’t married, or single. While single parents work hard, and should be applauded for their tireless effort, sharing the financial burdens of life, whether single, married, with little tykes or not, generally leads to more economic success.

Sure, hardcore barflies and club-goers who have killer pick-up lines, and are attractive people, tend to do well in the sex department. Even so, married couples habitually have more sex than single people. Proximity, of course, is a factor, even if frequency falls off after the honeymoon — yet dry spells for married guys statistically don’t last nearly as long as they do for single guys.

On top of that, you get to play and experiment sexually with your spouse (not in a Frankenstein-esque manner, hopefully) in ways you just can’t do with a one-night stand, or an occasional pick up. Yes, the novelty and excitement of the “new” might wear off, but when you really know someone, that’s the time to get wild and try new things out — things, frankly, you might not have even thought up yet. All the time, energy and money you’re not spending in clubs can be invested in your ever-growing sexuality, should you choose to do so.

A Life Partner Who Has Your Back

This one can be tricky, taking in the facts that lots of people are waiting until much later in life to get married, and the high divorce rate in the developed world. It’s not always easy finding someone you’re wiling to share your life with, especially considering all of the pleasures and temptations the world has to offer. Even so, if and when you meet someone you trust implicitly, who just “clicks” for you, you’ll have a friend, partner, lover and an advice-giver who will always have your back.

True friends are rare. If you love your best friend, and get sex more often than not, that’s a pretty good deal. Someone who watches out for you in the same manner you watch out for that person is a blessing to be cherished, and an incredible asset in this thing we collectively call life.

(HealthDay News) — Ten infants are known to have died in the Fisher-Price Rock ‘n Play... more»

The Scoop on Avoiding ‘Brain Freeze’ 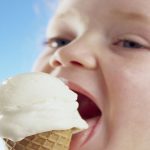 Pain occurs when cold food touches the back of the palate, neurologist says more» 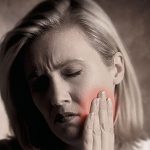 Here’s a compelling reason to keep those dreaded appointments with your dentist: New research... more»