I never thought I would say this in a public forum, but get to a bathhouse. As soon as possible. They are awesome.

I had mostly no clue what to expect when I entered the Russian & Turkish Baths on 10th street in New York City’s Lower East Side last week.

I had never been to a bath house before, and really never expected to venture to one. I have nothing against them, it’s just not a place I would generally seek out – just like Pinterest or a Bon Jovi concert.

My understanding was that these bath houses had one main tangible purpose: to make you sweat. And since I already sweat much more than pretty much any other person I know when I’m merely doing simple, everyday things like walking a block to the subway or eating udon noodle soup, I generally make it a point to avoid voluntarily sweating unless it’s for exercise.

But I was stressed. More stressed than I normally am (which is pretty stressed). My stressors would wake me up in the early morning hours, and I would lie awake attempting to block them out. Stressed to the point I was contemplating leaving work on a Monday night and heading to Chinatown for a massage from a shady woman in a shady parlor.

So when a coworker who frequents the baths offered my friend and I a Groupon to take in the bathing experience at a cheap price, leading with the benefit that it was a de-stressor, I shrugged and said “Why not? Can’t hurt,” and then we began our walk to the baths. Men are simple like that.

Upon arrival, we purchased huge bottles of water at the deli outside the bathhouse’s washrooms and handed our valuables in at the front desk. Then we grabbed a couple towels and community swimsuits from the public shelf, and entered the locker rooms. We changed into the swimsuits provided for us, and slipped on the flip-flops we found in our assigned lockers.

The rest of the night was two things: hot and relaxing. We didn’t know what to do, so we walked into the hottest sauna first. Luckily, our coworker was in there and told us to start at the other end of the floor, in an aroma room with a lower temperature. The idea was to get primed for the warmest room gradually by starting in a eucalyptus aroma therapy room (heavenly), and working your way up, taking intermittent dips in the cooling pool (at 40 degrees Fahrenheit, give or take) when the heat became too much to handle.

In some of these rooms, cold water was available to dump over my sweltering body. In the corner of one room, a man was being whipped with tree branches soaked in olive oil. Referred to by some as Jewish acupuncture (and by others as 50 Shades of Olive), this strange practice is supposed to remove toxins, open your pores, and get rid of dead skin. Sounds pretty rad.

I cannot speak scientifically about the benefits of spending some time at the baths, but I can say that since human beings are made up of more than 2/3rds water (the other 1/3rd is probably fear), logic would dictate that if you’re looking to cleanse and regenerate you should be sweating and regularly replacing the water.

And that’s exactly what happens at a bathhouse. You sweat like crazy for as long as you feel like or can stand, and then you cool down. And then you do it again. It’s completely mindless. You don’t think. You only listen to your body and what it wants/needs. If it can keep on sweating until it gets all the demons out, it’ll do that. If it needs to get out and rinse off and cool down, you’ll instinctively know that this is what you have to do, and you’ll do it. It’s great. You go through the motions, and your mind relaxes itself.

In a way, you kind of feel like you’re getting a new start, which is nice, especially if you can’t sleep.

Also, if you have a drink when you get home after doing all that sweating, you’ll get knocked on your end. Which is fun.

How Phubbing Can Threaten Your Love Life 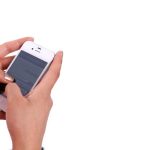 As helpful as your smartphone is, it’s easy to develop an unhealthy attachment to it, one... more» 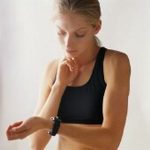 As Americans empty grocery shelves over fears of possible shortages during the coronavirus... more»