But first, a little TMI for you guys; I figure if you want to replicate this experiment for yourself, you may need to change some variables to fit your unique habits.

According to the National Survey of Sexual Health and Behavior, only 20.1% of men between the ages of 25 and 29 flog the dolphin more than four times per week. This is the category of men I fall into; I’m 27, and I pump the keg 4 to 6 times per week. Granted, I am in a long-distance relationship, so when I’m not in close proximity to my girlfriend, there’s no sexy-time for Colin… except for dates with Palmela Handerson. Given that I find myself whipping up a batch almost daily (the only deviations being when circumstances just simply do not allow it), what happens when it all comes screeching to a halt?

It all started about two weeks out from a visit to my girlfriend in California. She suggested that for the 4 days prior to arriving (Sunday-Wednesday) as well as the day of (Thursday), I ought to postpone all hand-to-gland combat. The reason for this suggestion came (pun unintended) from a malady (though some would call a blessing) I call post-mature ejaculation (PTME) that I suffer from. While nice at times, this condition often results in a sore vagín and a girlfriend drenched in my sweat — and, God bless her, she takes it like a trooper.

The first few days were much easier than I thought. In fact, they were kind of nice. I felt I had more energy over all and any impulse to dry-hump the ottoman was relatively easy to distract myself from with other activities. However, come day three, and I woke up hankering for a five-knuckle shuffle. In the morning, I’d discover myself humping the bed half-asleep, and that only made it worse. Throughout the day, I found myself – unconsciously – looking for holes in my pockets, and I shudder to think of what that looked like out in public.

Conversation on the phone with my girlfriend only exacerbated the problem, but at least she got a kick out of seeing me squirm. Her laughter was little solace, however. As you can imagine, the thought of cutting a few corners on this deal seemed tempting, but I carried on. By the time the plane ride rolled around on Thursday (a mere 11 hours prior to finally seeing her in person), I was on the verge of hunger pangs (or the sexual equivalent). I landed with another 7 more hours to burn, so I walked around Huntington Beach in an aimless stupor, eventually landing myself in bed in my underwear at my Airbnb house, watching YouTube videos in what had turned into a sort of apathetic torpor.

The following may sound like over-exaggeration, but I assure you – my girlfriend has never looked better to me than she did the moment she drove up and, even more surprising, this perception did not wane the entire trip, continuing even to this moment as I write this at home in Houston. My sex drive was on full-throttle… no, it was on nitro. My time with my girlfriend more than compensated for the time spent not frosting the pastries, and, as difficult as it was, I am glad I gave it a try.

(As a side note, the experiment yielded little therapeutic effect on my PTME. Fellow sufferers, I recommend this jewel of a treatment… the TLC Tugger for foreskin restoration.)

While I am sure the physical results of my experiment are hardly surprising, I think the emotional effects are. The level of intimacy and desire I felt for my girlfriend (not just sexually, but to merely be around her) were on a new level. I don’t think this was simply due to being apart, as we have gone much longer stretches of time without seeing each other. Of course, this experiment was merely anecdotal, but I’d be interested to try it again and see if the same results occur.

What do you think? Is this something you would try with your partner? Think you can go 5 days without pounding the fence-post or pulling your own leg? Let me know in the comments and tell us about your own experiences! 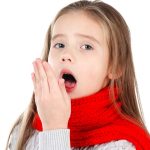 Healthy kids do better in school — something parents need to think about as they prepare for... more»