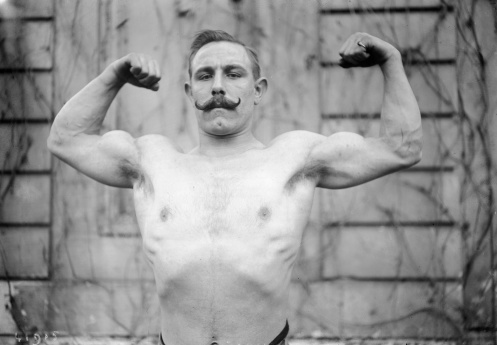 “I AM A MAN” is a mantra I tell myself every morning. I understand that I’m really saying “(Technically) I AM A MAN” because I don’t really consider myself manly per se, but it feels good to leave that distinction out. I’m not sure why I don’t consider myself manly, since I actually have a lot of the characteristics and skills of a manly man. Yes, I know, it’s kinda sexist to say that there are characteristics and skills that are manly. Of course I’m aware that women can have nearly all of the skills that are considered “manly skills.” So while I’m not saying that these are characteristics and skills only men have, it’s generally accepted that if you want to be a well-rounded man, you should probably have these skills. In no particular order, here are my 20:

Changing a tire is a staple of manliness. It’s just the right amount of ease combined with the feeling that you actually accomplished a feat on your car that it would be remiss of any man to lack this skill.

2. Changing The Oil In Your Car

This takes the “I’m totes a mechanic” feeling from changing a tire and ups it by like 200%. The secret to this is that it’s actually crazy easy to do. You just need a container to capture the old oil, new oil and oil filter, a wrench, and a piece of cardboard to lay on. Old radio blasting Cheap Trick is optional.

I personally think it’s an atrocity that manual cars are almost extinct on this side of the Atlantic. There are all the “car aficionado” reasons for driving or knowing how to drive a stick (better feel for the car, better gas mileage, etc. etc.), but my reason for including this is that if you’re planning on traveling abroad at all (and you should be planning it), you’ll need to know this. When the rental place brings a car everyone else in that country can drive, don’t be the dummy that has to drop his head in shame and ask for an automatic.

Am I saying you should buy a bike? Or go nomad and trek across the country on your chopper? Hell no (though the cross-country trek sounds awesome). What I’m saying is that you should have at least a working knowledge of how to get around on a two-wheeled motorized apparatus. You never know when you’ll need it, but it’s great to be able to bust out (I hope you’re seeing this recurring theme of self-sufficiency).

Yes, I know. Men are terrible at asking for directions, and never use them anyways. That’s because we are superior in our pathfinding abilities. Also our false confidence. This skill basically means that you should be able to know kinda sorta where you need to go. You should be able to look at a map, understand where you are, where the thing is that you want to go to, and look up and point in the general direction of where you want to go. This is a skill that is probably not going to be around much longer, and it’s a shame ‘cause it’ll get you out of binds countless times.

It’s pathetic if you can’t properly do laundry. Plus it’s stupid easy. And I’ll tack onto this knowing what should be dry cleaned. If you have dress shirts, then you should take them to the cleaners. Less chance that the shirts get screwed up, more chance you’ll get more mileage out of them.

Know how to hook the flusher handle back up to the rubber valve thingy in the reservoir when the toilet won’t flush (you don’t even need to know what those parts are called!). Know how to tighten things that need to be tightened. Spray WD40 on things that are squeaky. Put together Ikea furniture (and have the proper amount of hatred for those stupid Allen wrenches they force you to use).

Stupid obvious. If you can’t do that then you probably don’t have a job.

Now, I’m as excited about propane and propane accessories as the next guy named Hank, but grilling with charcoal takes more skill and quite frankly leads to tastier results. Plus it feeds some deep-rooted prehistoric thrill to be able to make the means you use to cook your food. I’ll give you a pro tip with this one – close the grill and let the food cook. Open only when you think it’s done.

Speaking of feeding deep-rooted prehistoric thrills, know how to make your own fire. Sure, there’s not a whole lot of times when this comes in handy. But even when you’re at a home with a fireplace and you’re nominated to build a fire, know how to go in there (without that artificial log you don’t even unwrap to light) and make a roaring blaze. Then act out this scene from Cast Away. Immediate respect.

This means taking a whole chunk of some type of meat and making smaller chunks. This includes filleting a fish. Or carving a turkey. Or even just slicing off perfect-thickness servings of a roast beef.

I have a theory that if you really want to impress people with your cooking, don’t try to wow them with some flashy dish. Go with one of the simplest dishes that’s actually not so simple to get impressively right. You don’t need to know a lot about cooking to cook a steak, but your cook-cred exponentially increases when you can do it well.

I’ll be the first to admit that I’m not a wine aficionado. There are far too many bourbons in the world to discover for me to waste my time with wine. That being said, knowing the basics around types of wines and how to pair them with meals is key. And in my experience you don’t have to go crazy expensive to find something good. The mid-range stuff will work plenty fine.

Now, I’m not saying every man needs to know how to drink. I realize that there are guys who don’t drink (don’t like it), can’t drink (addictive personalities, etc.), or won’t drink (religious preference, etc.). That’s totally fine. What I’m saying with this one is that you should know your personal relationship with alcohol. In other words, now how much you can drink before you get sloppy (including when that means drinking nothing). Sure, there are times you’re down with getting weird, but you need to be able to know going in when that’s going to happen.

Not everyone smokes cigars. I don’t smoke them with any kind of regularity. But there are occasions every once in a while where that situation presents itself, and for better or for worse those situations are decidedly manly. Know the basics going in, and never inhale. Also keep breath mints nearby ‘cause your mouth will taste terrible afterwards.

19. Know Your Way Around A Computer

This is more of a modern man kind of a thing, but it goes along with being able to help others and being self-sufficient. Knowing the basics of computers proves useful time and again. You don’t need to know how to build a PC, but at least know what the parts are (memory, graphics card, hard drive, etc.), and how to get around in an operating system.

This final one is often underrated, but I consider it one of the more important things. A good handshake does so much for a first impression. Having the ability to pull off just the right pressure, with a smile and maintained eye contact will let the other person know you know what’s up in the world and you’re ready for business. If you want to be presentable, you need to know how to make the introduction. 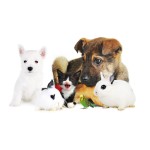 Imagine that your doctor could predict your risk of kidney disease in the next five years with a... more» 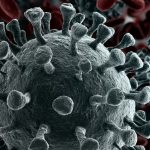