This may come as a surprise to you, dear reader, but many of my family and friends believe that I am a drunken, non-productive idiot who spend his days in his Bushwick bedroom cultivating a beard and hoping that someone will give me a well-paid job.

But I’m actually pretty productive. I write 10-15 stories/blog posts a week, while going to school part-time and completing all the time-consuming projects that come with the copywriting portfolio program I’m taking. These tasks are my jobs, essentially. I write for websites because I love it and it helps pay my rent. I do the copywriting projects because I love it and want to get a full-time job doing it, and I want to keep doing it, maybe for the rest of my life.

The other day, my friend was asking me about my writing process. He told me I should write a post about how I spend my days, because people find freelancers interesting, sometimes.

“It’ll be really meta,” he said. “Maybe some people will want to see how you do it. Plus, you love talking about yourself.”

So. This is the process I tend to go through in a “normal” day of writing.

***
Depending on what my schedule is like for the day, I like to do most of my online blog post writing and essay writing late at night. Mostly because I like to get some of my work done, and then drink a little bit while I’m finishing it. It doesn’t ever feel like work if you’re drinking while you’re doing it. My current lifestyle is perfect for this kind of nocturnal existence. I usually wake up around 8 a.m. to a bout of semi-to-severe anxiety that I can generally feel in my abdomen, and it makes me restless. I can’t lie in the same position for very long. But I tend to stay in bed until around 10 or so, at which point I shower. Then I go to my school in DUMBO, because I prefer not to stay cooped up in my bedroom during the daytime hours (and because I don’t have to pay for the air conditioning at school). I work on school and other copywriting projects until my first class of the day, which is either 4 or 7 p.m. I get out at 10 p.m., which is when I go home and do the work I toss out (mostly unfiltered) to the vast expanse that is the Internet. (This is apropos of nothing, but I usually don’t ingest anything except water, iced tea, and iced coffee before, like, 3:30 p.m. Then I eat again a couple hours before I go to bed. I’m a metabolic mess.)

There’s always a to-do list that I keep in my planner, so I know what I want to get done before I go to sleep. I set a benchmark for when I can allow myself to start drinking, and another benchmark where I will allow myself to stop if I find I’m probably not going to get as much done as I want to. If I stop early or before I hit my initial goal, I try to motivate myself by getting up and starting to work earlier the next day. I’m the kind of person who is constantly toggling back and forth between a Word document, my Internet browser, and my TweetDeck and iMessage apps. They’re habits that don’t always interfere with what I’m trying to do all that much. When you sit alone typing things all day, it’s nice to spend some time G-chatting with people or tweeting some random line you might use in something later. I also check Facebook WAY TOO MUCH. (Just did it now, actually, and discovered that my freshman year slam-piece is getting married.)

But sometimes when I’m on deadline I’ll use an app called Freedom that shuts off the Internet on my laptop for a specified amount of time. As soon as I turn Freedom on, I usually realize I forgot to look up something that I needed to, and then I use my phone to look up that specific thing. I always think afterward that I should use Freedom every time I need to write something, but then I never do. Even when I do shut the web off, though, I never sit still the entire time I’m writing something. I pee a lot, so I often have to get up and go to the bathroom (especially once I’ve hit the drinking stage), and sometimes I’ll stroll out to the living room and start a one-sided conversation with my roommate’s parakeet, Ptery (RIP Ptery). I’ve found that it’s nice to get up and stretch the legs, even if I’m only taking 10 steps. When I finally finish, I eat and read or watch a TV show for a little bit, then I hit the sack. Sometime the next day, I do an editing pass or seven, then at the end of the week I send my stuff in bulk to my editors. Following this step, I generally wash my hands of it. I trust the people I work with to make my work better. All I do is share it on social media and then fight with anonymous commenters. 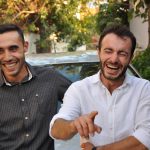 How to handle hot-button issues more» 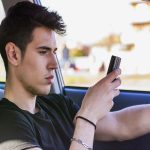 In many U.S. states, teenagers who send “sext” messages to each other can be prosecuted... more»