And while being overweight increased odds for the condition in both sexes, those extra pounds were more troublesome for males, the German researchers found.

“If prevention strategies succeed in targeting these risk factors, we expect a noticeable decline in new-onset atrial fibrillation,” added Magnussen, a specialist in internal medicine and cardiology at the University Heart Center in Hamburg.

A-fib means the upper chambers of the heart, or atria, quiver instead of beat. In the new 13-year study, the condition tripled the odds of dying prematurely.

According to the American Heart Association statistics, as many as 6 million Americans have atrial fibrillation, with those numbers likely doubling by 2030.

In this study, researchers examined the medical records of nearly 80,000 people, aged 24 to 97, in Europe who initially did not have atrial fibrillation. Later assessments showed that more than 6 percent of men and over 4 percent of women had been diagnosed with a-fib.

Risk of diagnosis accelerated sharply in men after 50 and in women after 60. By age 90, nearly one-quarter of men and women were told they had atrial fibrillation, the study found.

The researchers also found a link between atrial fibrillation and higher blood levels of an inflammation marker called C-reactive protein.

In addition, the association between atrial fibrillation and being overweight or obese was stronger in men (31 percent) than in women (18 percent), they reported.

The study was published Oct. 16 in the journal Circulation.

“We advise weight reduction for both men and women. As elevated body mass index seems to be more detrimental for men, weight control seems to be essential, particularly in overweight and obese men,” Magnussen said in a journal news release.

The U.S. National Heart, Lung, and Blood Institute has more on atrial fibrillation. 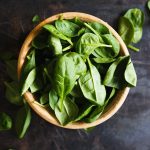 Eating a healthful diet is easier when nutritious foods are more accessible. But it’s not... more»

Insomnia may significantly increase the risk that older adults will be unable to shake off... more»

Skipping Sleep to Watch Sports is The Real March Madness

No matter whether your favorite team wins or loses, March Madness will likely put a slam dunk on... more»