Almost four out of 10 adults and 18.5 percent of kids aged 2 to 19 now meet the clinical definition of obesity, according to a new report from the U.S. Centers for Disease Control and Prevention.

Public health experts are concerned that the continuing rise in obesity will lead to greater numbers of people suffering from diabetes, heart disease and other chronic illnesses.

“We’ve made tremendous progress reducing deaths due to cardiovascular disease and stroke in our country. Part of that is due to treatment. Part of that is due to the tremendous reduction in tobacco use,” said Dr. Eduardo Sanchez, chief medical officer for the American Heart Association. “But we’ve worried if obesity trends stayed or worsened that some of those gains might be reduced.”

Obesity is defined as a body mass index of 30 or more. A 6-foot-tall man weighing 221 pounds is considered obese, as is a 5-foot-9 woman weighing 203 pounds.

The increase in youth obesity is of particular concern because these children are at greater risk for lifelong health problems, said Dr. Seema Kumar, a childhood obesity specialist with the Mayo Clinic.

“Because rates of obesity are so high, despite all the advances we’re seeing, our children may live less healthy and shorter lives than their parents,” Kumar said. “We’re going to have a much higher number of adults with diabetes, high blood pressure and heart disease down the line.”

Some trends within the overall increase in obesity also have health experts worried.

For example, Sanchez noted, obesity appears to be more prevalent in ethnic groups that are growing rapidly in the United States.

About 47 percent of Hispanic and black adults are obese, compared with 38 percent of whites and 13 percent of Asians, the researchers found.

“The demographic profile of our country is shifting in such a way that the burden of obesity will continue to grow unless we address these disparities,” Sanchez said. “We’re still going to be heading in a challenging direction.”

Diana Thomas, a fellow with The Obesity Society, pointed out that the rise in youth obesity also is likely to continue because obese adults tend to mate, reproduce more often, and produce children that also struggle with excess weight.

“That next generation that’s coming in with a high prevalence of obesity will probably continue to affect us in the future,” said Thomas, who is a professor of mathematical sciences at West Point.

Rates of obesity increase with age, the investigators found. Close to 43 percent of middle-aged adults are obese, compared with about 36 percent of younger adults, nearly 21 percent of teenagers and 14 percent of children aged 2 to 5.

Stemming the obesity epidemic will involve action at both the personal and the community level, Sanchez and Kumar said.

Family-based programs are available that teach young parents how to cook healthy meals, Kumar said. These programs teach healthy eating habits that kids will model once they see their parents setting an example.

“If we can teach our families to eat healthy, that would probably be the most important thing we could do,” Kumar said.

Communities also play a crucial role. They can help by adopting policies that encourage a healthy diet and more physical activity, Sanchez suggested. These might include:

“It’s not just about giving people information,” Sanchez said. “It’s about helping individuals and their families adopt different behaviors, and make it easier for them to do so.”

The report, by Dr. Craig Hales and colleagues at the National Center for Health Statistics (NCHS), was published in the October issue of the CDC’s NCHS Data Brief.

For more on obesity, visit the U.S. Centers for Disease Control and Prevention. 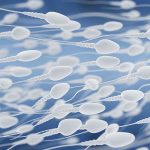 There’s preliminary research suggesting that abuse or neglect in childhood might have an... more» 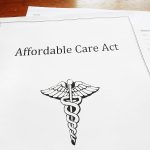 Shovel That Snow, but Spare Your Back

Almost everyone gets stuck shoveling snow at some point during the winter. To prevent back pain and... more»