Men under 50 who smoke cigarettes are increasing their risk for a stroke, researchers warn.

And the more they smoke, the greater their stroke risk, reported the University of Maryland investigators.

The bottom line: quit. But if you can’t, smoking fewer cigarettes may help reduce your risk, the researchers said.

“We found that men who smoked were 88 percent more likely to have a stroke than men who never smoked,” said lead researcher Janina Markidan, a university medical student.

At the lower end, men who currently smoked fewer than 11 cigarettes daily were 46 percent more likely to have a stroke than those who never smoked, she said.

But heavier smokers — those with a two-pack-a-day or greater habit — were nearly five times more likely to have a stroke than those who never smoked, Markidan said.

These findings are particularly important because ischemic strokes among younger adults are increasing. And tobacco use among young adults is also on the rise, she said.

Markidan’s team’s prior research identified a strong link between smoking and stroke in young women, but less was known about the relationship in younger men, the researchers said in background notes.

Ischemic strokes — the most common kind — occur when blood supply to the brain is blocked. Stroke is the leading preventable cause of disability, according to the American Stroke Association. Nearly 800,000 Americans suffer a stroke every year.

Markidan added that although cutting back on cigarettes can reduce your stroke risk, only quitting altogether can slash your odds dramatically.

“These findings can offer hope for quitters, as former smokers had a stroke risk that was closer to never smokers than to current smokers,” she said.

The relationship between cigarette smoking and cardiovascular disease has been known for a long time, said neurologist Dr. Richard Libman.

“A specific relationship between smoking and risk of stroke in young men is what has been clarified in the study,” said Libman, who wasn’t involved with the research.

It’s clear smoking increases your risk for stroke, Libman said. He agreed the best means of prevention is to quit.

For the study, Markidan and her colleagues collected data on 615 males ages 15 to 49 who had had a stroke in the past three years.

The men were compared with 530 similarly aged healthy men. Participants were categorized as never smokers, former smokers or current smokers.

Some factors the researchers didn’t take into account might have affected the findings. These include whether the men used other tobacco products in addition to cigarettes, if they drank alcohol, were physically active, or if they reported their smoking habits correctly.

The report was published online April 19 in the journal Stroke.

For more on smoking and stroke, visit the American Stroke Association. 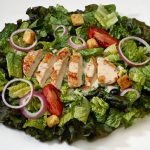 Make the most of your farmers market bounty with fast salads that highlight end-of-summer’s... more»

Most Parents Struggle to Spot Depression in Teens

Most American parents say they might have trouble distinguishing between a teen’s typical... more»

While the number of new cases of coronavirus in China slowed on Wednesday, the death count has now... more»