Fitness buffs who push themselves to the limit during workouts might slightly increase their risk of developing amyotrophic lateral sclerosis (ALS), a new study suggests.

The same may hold true for working stiffs whose jobs place extreme physical demands upon them, the European researchers said.

But the study did not prove that extreme exercise actually causes ALS risk to rise.

And it should be noted that ALS remains incredibly rare, afflicting only about 20,000 Americans at any given time, according to the ALS Association. Even with the relative increased risk seen in the study, people should continue getting regular workouts and not worry about working hard, experts said.

“If you adopt a sedentary lifestyle, you’re going to die much faster of heart disease than you will of ALS if you go out and exercise vigorously,” said David Putrino, director of rehabilitation innovation at the Mount Sinai Health System in New York City. “Under no circumstances should anyone stop exercising because of this study.”

There’s also a dose relationship — the harder a person works out, the more likely he or she may be to develop ALS, suggested study senior researcher Dr. Leonard van den Berg, director of the Netherlands ALS Center at the University Medical Center Utrecht.

“We observed a linear association, which means that the risk appeared to increase with each increase in exercise level” over a person’s lifetime, van den Berg said.

ALS kills off the motor neurons in the brain and spinal cord, causing progressive degeneration in a person’s ability to control their muscles. As the disease proceeds, people may lose the ability to speak, eat, move and breathe. It is always fatal, and there is no cure in sight.

Baseball legend Lou Gehrig died from ALS in 1941 at age 37 after the disease forced his retirement from the diamond. Ever since then, physical activity has been thought of as a possible risk factor for the disease, the authors said in background notes.

To test this theory, the researchers compared the lifestyles of 1,557 adults newly diagnosed with ALS in Ireland, Italy and the Netherlands against 2,922 people who don’t have the motor neuron disease.

The researchers found an overall 6 percent increased risk of ALS from strenuous leisure time or work activities. That translates into a 26 percent increase when comparing most and least active people.

Despite that, “the background risk of ALS is relatively low. Although there is an increase in risk, the overall risk does indeed remain low,” van den Berg said.

Exercise could cause some sort of neurotoxic effect in the body of people with certain genetic profiles, Putrino and van den Berg said.

This could be due to inflammation and oxidative stress placed on the body, or changes in body chemistry that are harmful to nerve cells, the experts said.

Putrino said this study’s true value is in providing one more clue to why ALS occurs.

People should continue to exercise, even if they have a family member with ALS, Putrino and van den Berg said.

“We would not advise people to stop exercising, since exercise has many beneficial effects for health and overall well-being,” van den Berg said.

“In all cases the best thing we can say to anyone right now is moderate exercise most days of the week for 30 minutes a day is the best way to maintain optimal health,” Putrino said, adding that moderate exercise is at a level “where you can still conduct a comfortable conversation while exercising.”

The new study appears in the April 23 issue of the Journal of Neurology, Neurosurgery and Psychiatry.

The ALS Association has more about amyotrophic lateral sclerosis.

New Database Shows ‘Rare’ Diseases Are Not So Rare Worldwide 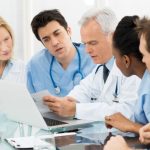 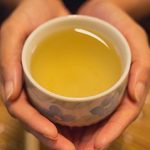