(HealthDay News) — As millions of Americans try to navigate a safe re-entry into public life, the U.S. Centers for Disease Control and Prevention on Thursday released recommendations to guide schools, businesses and restaurants through reopening during the coronavirus pandemic.

Six “checklists” — which also offer advice to day care centers, mass transit and camps — come after many states have already begun to ease social distancing on their own. These final guidances are less detailed than draft recommendations the agency sent to the White House for review last month, the Washington Post reported.

A CDC spokesman told the Post that additional recommendations may still come from the agency. The six checklists were ready for release, so the Trump administration decided to put them out while other guidelines make their way through the review process, the spokesman added.

The documents are aimed at helping facilities decide if they’re ready to open and inform how they do so, the spokesman told the newspaper.

“This was an effort on our part to make some decision trees we thought might be helpful to those moving forward with opening their establishment,” the spokesperson said.

But some public health officials say more is needed.

“We need to unleash the voices of the scientists in our public health system in the United States so they can be heard, and their guidance need to be listened to,” said Rick Bright, a former top U.S. vaccine official who testified before a House panel on Thursday. “And we need to be able to convey that information to the American public so they have the truth about the real risk and dire consequences of this virus.”

On the economic front, things look bleak. The coronavirus crisis has pushed almost 3 million more Americans into the ranks of the unemployed, according to statistics released Thursday.

In the past eight weeks, a whopping 36 million Americans have lost their jobs as the country went into lockdown to try and slow the spread of COVID-19.

To try to stem the damage, Democrats are poised to pass a $3 trillion coronavirus relief bill through the House on Friday, but the bill faces roadblocks in the Senate and President Trump has threatened a veto, the The New York Times reported.

As a multitude of states across America continued to move through reopening plans, the Wisconsin Supreme Court on Wednesday struck down a stay-at-home order extension issued by Gov. Tony Evers, the Post reported. Some Wisconsin counties and major cities, including Milwaukee, still plan to keep their local restrictions in place, the newspaper reported.

Even as the country’s top health officials testified to Congress on Tuesday about the dangers of reopening too quickly, a new report shows millions more Americans are now venturing out in public.

From March 20, when states began urging people to stay home, to April 30, when many states started easing those restrictions, 43.8 percent of U.S. residents stayed home, a Times analysis showed.

But last week, only 36.1 percent of Americans stayed home. The biggest drop in share of people staying home was in Michigan, where stay-at-home orders are actually still in place, the analysis showed.

During testimony delivered remotely on Tuesday to the Senate Health, Education, Labor and Pensions Committee, Dr. Anthony Fauci warned of the dangers of that trend, the Times reported.

While more than 84,000 Americans have already perished from COVID-19, Fauci cautioned that the number is likely higher and will spike even more if some parts of the country reopen prematurely, the Times reported.

“If that occurs, there is a real risk that you will trigger an outbreak that you may not be able to control,” Fauci testified. That could result not only in “some suffering and death that could be avoided, but could even set you back on the road to trying to get economic recovery.”

During his testimony, Fauci also advised against schools reopening in the fall, the Times reported.

“The idea of having treatments available or a vaccine to facilitate reentry of students into fall term would be something that would be a bit of a bridge too far,” he said, explaining that “the drug [remdesivir] that has shown some degree of efficacy was modest and in hospitalized patients” only. And remdesivir alone will not be enough to fight COVID-19, he added.

Fauci is one of three top health officials who have begun to quarantine themselves to some degree after being exposed to two White House aides who have been diagnosed with COVID-19.

The other officials are Dr. Robert Redfield, director of the U.S. Centers for Disease Control and Prevention; and Dr. Stephen Hahn, commissioner of the U.S. Food and Drug Administration, the Post reported.

As of Friday morning, U.S. coronavirus cases passed 1.4 million and the death toll neared 86,000, according to the Times.

Meanwhile, troubling news has emerged from New York City: More than 50 children have contracted a new, serious inflammatory syndrome that seems to be linked to COVID-19 infection. Three of those patients, two grade schoolers and a teenager, have died, the Times reported. None of them were known to have any preexisting condition.

“We have been behind this virus every step of the way and even as we are now beginning to see the numbers on the decline, the virus is still surprising us,” Cuomo said in a statement, CBS News reported. “Initially, we thought COVID-19 didn’t affect children, and now we’re dealing with a disturbing issue where we have about 100 cases of an inflammatory disease in children that seems to be created by the virus.”

As New York City officials grappled with how to track and treat this new condition, a new Italian study published Wednesday in The Lancet medical journal described similar cases that have cropped up in that country.

Between Feb. 18 and April 20, there were 10 cases of young children hospitalized with the inflammatory condition in the Lombardy region of northern Italy. In the five years leading up to the middle of February, only 19 children in that region had ever been diagnosed with the condition.

All 10 children survived, but they had more severe symptoms than those diagnosed with Kawasaki disease in the previous five years.

The researchers say their findings provide “the first clear evidence” of a link between the new coronavirus and this inflammatory condition.

While reopening parts of the U.S. economy will undoubtedly start to help some Americans get their jobs back, an internal report from the Trump administration predicted that reopening will come at a cost: 200,000 new coronavirus cases and 3,000 deaths every day by the end of May.

Troubling predictions came from more than one source: A forecasting model from University of Washington researchers also raised its projections to more than 134,000 American deaths from COVID-19 by early August, the Times reported.

All of the numbers illustrate a grim fact: Even though the country has essentially been in lockdown for the past seven weeks, the coronavirus prognosis hasn’t really changed.

And even as reopening plans proceed, polling shows that many Americans oppose the reopening of restaurants, retail stores and other businesses.

Those fears may only be heightened by a troubling new study on COVID-19 transmission, published Wednesday in the Proceedings of the National Academy of Sciences.

Researchers from National Institute of Diabetes and Digestive and Kidney Diseases and the University of Pennsylvania discovered that even talking emits small respiratory droplets that linger in the air for at least eight minutes, and potentially much longer. The finding could help explain why COVID-19 infections tend to run rampant in nursing homes, households, conferences, cruise ships and other confined spaces with limited air circulation, the Post reported.

In Asia, where the coronavirus first struck, several countries are finally returning to a new normal but clusters of cases have been cropping up.

In China, public officials said they plan to test all 11 million residents in the city of Wuhan by the end of next week in the hopes they can extinguish any remaining cases of coronavirus in the pandemic’s original epicenter, the Post reported

Meanwhile, South Korean officials said they do not plan to revive strict social distancing rules, despite a spike in coronavirus cases linked to nightclubs in Seoul, the AP reported.

Elsewhere, the situation remains challenging. On Friday, the United Kingdom’s coronavirus death count neared 34,000, the second-highest in the world, according to a Johns Hopkins University tally. Britain has now surpassed Italy, Spain and France for COVID-19 deaths in Europe.

Brazil looks like it might become the next hotspot in the coronavirus pandemic. By Friday, the South American country had reported nearly 14,000 deaths and more than 203,000 confirmed infections, according to the Hopkins tally.

Cases are also spiking in Russia: As of Friday, that country reported the world’s second-highest number of COVID-19 cases, the Hopkins tally showed. Russia now has more than 252,245 cases, surpassing both Britain and Spain. Only the United States has more cases.

Worldwide, the number of reported infections passed 4.4 million on Friday, with more than 300,000 deaths, according to the Hopkins tally.

(HealthDay News) — Diets that stress calorie restriction versus those that stress fasting... more»

Nine Restaurants You Don’t Take A First Date To 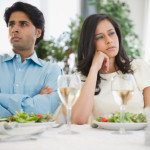 Loneliness can take a heavy toll on heart patients — including a higher risk of death in the... more»