A host of new drugs that appear to prevent migraine headaches are in the final stages of testing and approval in the United States.

“What’s really exciting about this is that until this development, we have not had a migraine-specific preventive at all,” said Dr. Peter Goadsby, a professor of neurology at the University of California, San Francisco.

These are the first drugs to prevent migraine made specifically for migraine patients, said Goadsby. He led a research trial, with findings scheduled for presentation Saturday at an American Headache Society meeting, in Boston.

The new injectable drugs work by blocking a migraine-related protein called the calcitonin gene-related peptide (CGRP) or the receptor it acts on.

“CGRP is a small molecule that’s released from pain nerves in the head, and is a key part of the process of migraine,” said Goadsby.

Migraine is a disabling disease affecting more than 36 million men, women and children in the United States. Besides headache, symptoms can include nausea, sensitivity to light and/or smells, mood changes, difficulty concentrating and visual disturbances.

Most migraine-preventive drugs in use today have been repurposed from their original use, Goadsby said. These include antidepressants, or drugs to lower blood pressure or prevent seizures, he said.

They all have side effects, and patients usually pick one based on the side effects they can tolerate, not on the basis of how well it prevents migraine, Goadsby said.

His research — funded by drug maker Amgen — involved the new drug erenumab. In the phase 3 trial assessing the drug’s effectiveness, nearly 1,000 patients with episodic migraine were randomly assigned to one of two doses of erenumab or placebo for six months.

Half the patients receiving monthly injections of the higher dose of erenumab experienced a 50 percent reduction in the number of migraines they suffered, Goadsby said. As a result, their quality of life improved, too.

Goadsby said the drug was well-tolerated. The only side effect was irritation at the site of the injection, which he said quickly went away.

Goadsby hopes erenumab will be approved by the U.S. Food and Drug Administration and made available by mid-2018.

These and other trial results are making news at the American Headache Society meeting.

Anybody who deals with headache patients spends a lot of time explaining why heart medication, antidepressants and anti-seizure drugs are used to prevent migraine instead of headache medications, he said.

“This is a revolution,” Rosen said. “What triptan medications like Imitrex did for the acute treatment of migraine, this will do for the prevention of migraine.”

While erenumab works by blocking the receptor CGRP acts on, other drugs work by blocking CGRP itself. They include fremanezumab by Teva; eptinezumab from Alder Biopharmaceuticals, and galcanezumab from Eli Lilly and Co.

For these three medications, researchers reported results of phase 2 trials that tested the drugs’ safety.

In each case, patients reported more headache-free days. And side effects, such as changes in blood pressure or potential liver damage, were found not to be a problem, researchers said.

In addition, the drugs started working the first week of treatment. In some cases, patients were also able to cut back their other medications, researchers found.

These drugs will need to go through larger phase 3 trials to evaluate their effectiveness before they can be considered for FDA approval.

Goadsby said the overall outlook is promising for migraine sufferers.

“There is light on the horizon, which is entirely new and specifically designed for them,” he said. “So for the person who is completely frustrated . . . it’s really going to change.”

Data and conclusions presented at meetings are usually considered preliminary until published in a peer-reviewed medical journal.

For more on migraine, visit the American Migraine Foundation.

Is the Milk in Your Fridge ‘Off’? Smartphone Might Someday Tell 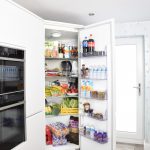 Has that week-old yogurt really gone bad? Did the chicken you bought just three days ago already... more» 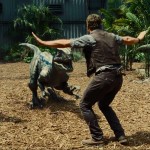 No amount of dino-whispering can save this movie. more»

Disappearing Act: How to Vanish from Someone’s Life 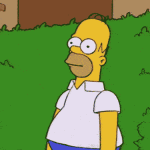 Now you see him. more»