Sex is on the brain. Sex can often drive us insane. Who’s doing it, who wants to do it, and who isn’t getting any at all? How can I get some more, or maybe a little bit less, or perhaps less with one person, and more with someone else? The potential for sexual encounters are almost endless, yet some of us (as collective groups) are having quite a lot of sex, while others among us are not doing so well in the boot-knocking department — or doing quite well, but only for limited engagements.

Several studies have been commissioned over the years to see what nations are spending a lot of time on their back, or in leather swings, or slung across the kitchen table, making whoopee. Sadly, these studies also shed some light on the people out there spending more time reading about sex (like the content of this article) than actually having it.

A while back, the condom maker Durex conducted a “Sexual Well-Being Global Survey,” and came up with some surprising discoveries. The magazine Men’s Health also got into the action a few years ago and conducted its own global survey about who’s getting busy, and who’s schedules are consistently free. Some of the results from both polls are what you’d expect, while some of the other results are a little surprising.

Countries like Spain, Brazil and Greece — all famed for their romantic lovers — are, yes, actually having more sex than the rest of us. These countries, located in warm climates (not sure if that helps, less clothing?) report a high percentage of folks having sex on a weekly basis — although they also report mixed results when it comes to sexual satisfaction. For example, 82% of Brazilians are hopping into bed every week with another person, though only 42% claim that what they find under the covers (or on the veranda next to the swimming pool) actually satisfies them. 72% of Spaniards are making the beast with two backs at least once a week, with a satisfaction rate of 49%.

And then there are the mixed bag countries. According to Durex, 70% of the French are indulging in “l’amour” on a weekly basis — but with a pitiful 25% satisfaction rate. Red-blooded Americans reported that they were having sex less than the French, with 53% saying that they do the deed every week, although the satisfaction rate is much higher, at 48%. (The French might get more nookie, but it seems Americans do it better – AND in unrelated news, scientists discover that the sky is blue).

Way down at the bottom, along with America’s dreadful showing, places like Australia have a frequency rate of 60% and a satisfaction rate of 42%. And then there are really wild places where people let loose, like Canada (59%), the UK (55%) and Japan (34%).

If you’re American, English or Canadian, and your nation’s low numbers bother you, take heart. Frequency of sex often doesn’t correlate with satisfaction. While 76% of Italians reported weekly sex, only 36% said they were satisfied. In Hong Kong, a measly 29% were satisfied with their sexual lives.

Machismo, different gender roles, how busy people are (actually busy, not biseee), along with how interconnected and social a society may or may not be all play into the frequency of how often people get to have sex. Some countries seem to go for the raw (inappropriate adjective) numbers by banging all the time, while other populations apparently opt for quality over quantity.

If you’re tying to get somewhere with a sexual partner in Japan or Hong Kong, we wish you all the luck in the world. Sex is a bit of a rarity in those locations. And when people actually do get around to some bumping and grinding, they only report satisfaction rates of 15% and 29%, respectively. So even if you’re one of the fortunate ones who manages a hookup, chances are you probably won’t like it very much.

You’ll have better luck if you head to Brazil. We should all live in Brazil. 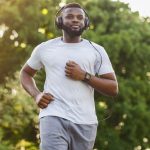 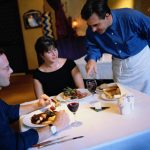 Maybe you rush around with work and activities during the day, then settle in for a large, relaxing... more»

Many health care workers on the front lines of the coronavirus pandemic are struggling with sleep,... more»