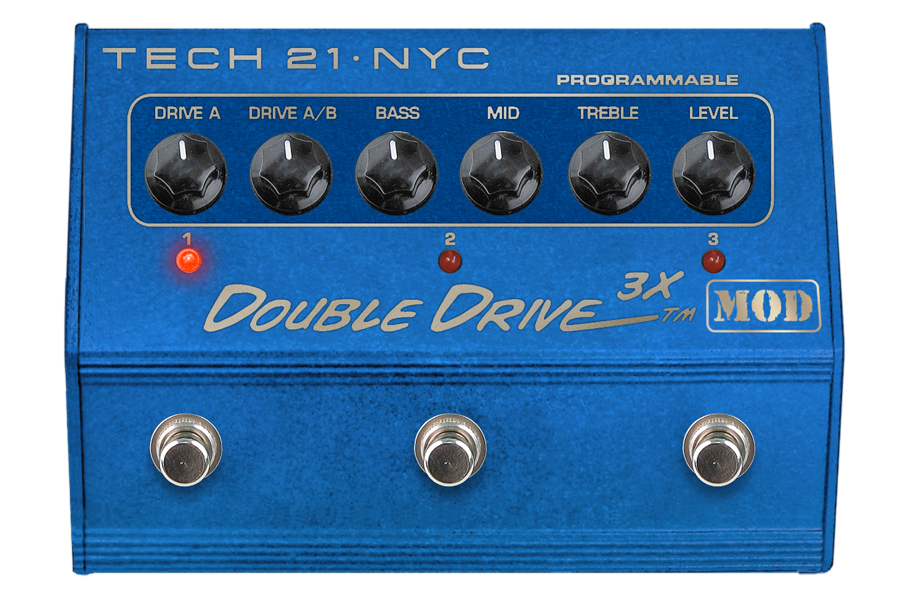 In Cripples, Bastards, and Broken Things, Paul Shirley examines bands, albums and songs that have been lost, forgotten or otherwise misplaced.

What I’m saying is: I knew, with a high degree of certainty, exactly how much money was in my wallet at any moment.

My relative pauperhood was hard on my music collection; I only owned around 30 CDs.* This was probably good for my embrace of the contents of those CDs; any albums I did buy got far more attention than they otherwise would have, and I credit my lack of financial security for my then-burgeoning love of music. But that’s a column for another day. What’s important here is that I didn’t take purchases of new albums lightly.

*This was just before Napster barged into our lives like the Kool-Aid man in devil’s horns.

So it was somewhat strange, I thought even at the time, that while in Los Angeles visiting my aunt, uncle, and twin cousins that summer before my senior year of college, I took the recommendation of my cousin Jim (who was then only 14 years old) and bought the debut album of an unknown hard rock band called doubleDrive.

As you will learn, if you become a regular reader of this column, I have a Smaug-like soft spot for what used to be (and sometimes still is) called “hard rock” – that genre of music whose forebears include Van Halen, AC/DC, and, I don’t know, Whitesnake.

I would argue that hard rock is slightly different from the one in which some of these bands are characterized. They are occasionally called “heavy metal,” which I think a misnomer because I believe metal carries with it a far more mysterious and subversive cant. There’s nothing mysterious or subversive about “Jump” or “For Those About to Rock.”

Anyway, I like this sort of music, but I also think this sort of music is difficult to do well and, subsequently, hard to find. For example, it could be argued that the Foo Fighters are one of the biggest and best-known purveyors of hard rock currently in operation. But I think it could also be argued that the Foo Fighters are buckerfalls terrible. (I would make this argument.)

The alchemy required to be a good hard rock band is tricky. The band has to take its music seriously, but not too seriously. (This is where bands like Creed, System of a Down, Disturbed, and Godsmack went off the rails.) There must be guitar solos, but they cannot be prog rock guitar solos. (This is where bands like Coheed & Cambria went off the rails.) There has to be fun, but there also have to be chops. (Oddly enough, I think Blink-182 would have been called a hard rock band if they’d come around in 1981. Until they became Angels & Airwaves.)

I found in doubleDrive’s 1000-Yard Stare just the alchemy I search for in a hard rock album.

doubleDrive, I have since learned thanks to my crack researcher, Pedia, W., was an Atlanta-based rock band who was originally called MK Ultra and who was granted the distinction of being named Atlanta’s favorite “metal/extreme band”** of 1998.

**The only band that fits into this category, at least in my mind, is Static-X.

doubleDrive was able to shake off what amounts to an insult at the hands of the fine people of Atlanta and recorded 1000-Yard Stare later that year.

When I listened to 1000-Yard Stare with something like an objective ear (which I did, slash, tried to do before writing this column, in order to confirm that I wasn’t embarrassing myself by raising it from the dead), I noticed that the album is far from polished. The band makes the mistake of trying to do too much in each song. It occasionally sounds like one of the band members has just shouted, “Hey guys! I just learned how to make my guitar do this bitchin’ thing! Check it out!”

In other words, 1000-Yard Stare appears, to the listener, to have been recorded by five dudes who rounded up several thirty-packs of cheap beer before laying down their last $600 for two days in a studio somewhere between Barstow, California and Yuma, Arizona.

Which isn’t an insult. When it comes to hard rock, I want chances taken; I want desperation and I want people who sound like they’re on their last legs. Because as with fine art, and great novels, and Van Halen’s debut record, sometimes you have to go to the edge of reason to make something that’ll stick around.

doubleDrive’s 1000-Yard Stare will never be on anyone’s top 50 albums list. But I know that I’m glad I spent around 8% of my net worth on it almost 15 years ago.

If I’m still willing to listen to it now that I no longer only own 30 albums, doubleDrive must have done something right, even if they weren’t entirely sure what that was.

Stretches for Calves, Hamstrings and Quads 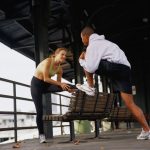 Stretching your leg muscles can improve your flexibility and prevent injury. Here are three... more»

Stay Fit & Your COVID Shot May Work Even Better 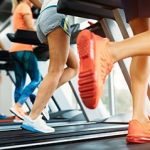 Working Out Your Exercise Schedule 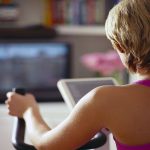 The number of weekly recommended workout sessions can really add up. With five or more periods of... more»