Here are some of the latest health and medical news developments, compiled by the editors of HealthDay:

Fidel Castro, Cuban revolutionary and the island nation’s leader for much of the past 60 years, died at 90 years of age on Friday.

According to The New York Times, Cuban state television announced the death of the communist leader, who had been in declining health for years. In 2006, Castro effectively transferred power to his brother, Raul, after battling diverticulitis.

Reviled as a dictator by some, hailed as a revolutionary hero by others, Fidel Castro ruled Cuba after his rebel forces overthrew Fulgencio Batista’s government in January of 1959.

Castro remained a thorn in the side of 11 U.S. presidents, and helped bring the world close to the brink of nuclear war over a military standoff between the United States and the Soviet Union in the fall of 1962.

Economic sanctions on Cuba were imposed under the Eisenhower Administration and were only loosened in recent years. In 2014 President Barack Obama used his executive powers to improve relations between the two countries, exchanging prisoners and normalizing diplomatic relations.

Swimming pools in many parts of the United States may reopen soon, and Americans can take comfort... more» 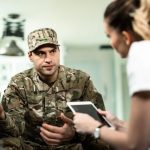 New research suggests that having an underlying health condition might be one of the most... more»