The so-called “healthy obese” don’t get off scot-free. They still have a higher risk of heart disease than normal-weight people, a new British study finds.

Folks dubbed healthy obese don’t have metabolic problems typically associated with obesity — such as high cholesterol, poor blood sugar control, diabetes or high blood pressure. But, it’s been unclear if they are at increased risk for problems such as heart failure or stroke.

In this study, researchers analyzed 1995-2015 electronic health records of 3.5 million people aged 18 and older in the United Kingdom who were initially free of heart disease.

The researchers also found that the risk of heart disease in obese people rose with the number of metabolic problems. For example, compared to a normal-weight person with no metabolic abnormalities, an obese person with three metabolic abnormalities had almost three times the risk of coronary heart disease and nearly four times the risk for heart failure. Odds of PAD more than doubled, and risk of stroke was 58 percent higher.

“The priority of health professionals should be to promote and facilitate weight loss among obese persons, regardless of the presence or absence of metabolic abnormalities,” said Caleyachetty, an epidemiologist at the University of Birmingham’s College of Medical and Dental Sciences.

The study was scheduled for presentation Tuesday at the European Congress on Obesity, in Porto, Portugal.

“At the population level, so-called metabolically healthy obesity is not a harmless condition and perhaps it is better not to use this term to describe an obese person, regardless of how many metabolic complications they have,” Caleyachetty said in a meeting news release.

Data and conclusions presented at meetings are usually considered preliminary until published in a peer-reviewed medical journal.

The U.S. Centers for Disease Control and Prevention has more on overweight and obesity.

As Segregation Rises in Communities, So Do Cancer Death Rates 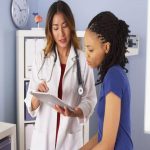 Asthma May Not Boost Odds of Severe COVID-19

New research may have people with asthma breathing a little easier: Doctors found the airway... more» 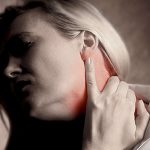 It can happen when you’re stuck in traffic, or hunched over for hours at your desk, or even... more»