Do you love having sex with your girl, but have trouble figuring out how to make her come? Do you find yourself pumping furiously into her groin expecting the same process to yield a different result? Tricia Borowicz, the director of the candid and funny documentary Science, Sex, and the Ladies, can help you out.

Now, you might be wondering: what does she know about getting women off? Well, first of all, she’s a woman, so there’s that. But, more importantly, she is intimately (no pun intended) aware of the relevant science on the subject of female orgasm, so you’d do best to listen to her. With that in mind, I take credit for none of the following information; I am simply reporting it for your (and your lady’s) benefit.

To begin, let’s clear up the most common misconception about female orgasms: it is very unlikely that an orgasm will be caused by stimulation of the inside of the vagina. To be technical, orgasm is most likely caused by stimulation of the outer clitoral vulva. Of course, most people know that the easiest way to make her come is to take advantage of the clit. The point to remember here is that, while enjoyable for the both of you (more so for you), your rapid thrusting is not achieving the goal of climax (for her). I repeat: no researcher has ever been able to induce a “vaginal orgasm” in a clinical setting… ever.

Many scoff at this, saying: “Well of course they haven’t. How unsexy is a lab full of old stuffy scientists meticulously watching you while you attempt to bring yourself to climax, especially for a woman! Everyone knows women have to be ‘in the mood’ before they can get off!”

I’m going to leave the “in the mood” part to be answered by the film and my interview with Borowicz; suffice it to say, it’s not that simple, and it’s sort of a sexist stereotype. With regard to the mood-killing laboratory full of researchers watching your lady attempt to reach climax, that might be a good criticism, except that women easily orgasm in lab settings just as easily as men do when stimulating the clitoris. This fact deals a serious blow to the claim that women have a harder time coming. What if we are just doing it wrong?

The good news is that, if you have found that bringing your lady to orgasm is difficult to achieve through penetration alone, she and you can rest easy knowing that there’s nothing wrong with her, and you’ll still be able to make her come.

However, some of you might be thinking: “But my girlfriend comes all the time through penetration alone. Surely you’re mistaken.” Not exactly. You see, a study produced by the famous researchers Masters and Johnson (of Masters of Sex fame) detailed such instances of penetrative orgasm and found that so-called penetrative orgasms only occur due to indirect clitoral contact.

Of course, if you feel I’ve missed something or if you have a question, leave a comment below, email me at colin@honestliars.net, or email Tricia at anc@ancmovies.com. Again, you can watch the movie here, or read Tricia’s blog here… OR… listen to part one of my interview here.

For Kids, Mental Trauma From Gun Injury Far Exceeds That of Car Crashes 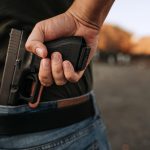 This Dating App Hooks You Up With Friends Of Friends 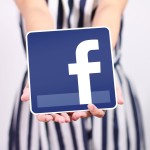 Rave online reviews about a hospital stay may not mean much about the actual medical care there, if... more»