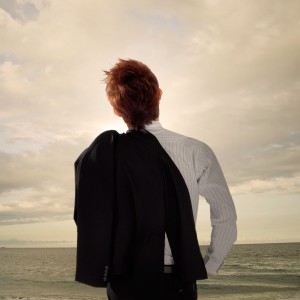 Nothing gets you out of more unwanted scenarios than the phrase, “I’m going through some personal stuff.” It is the salve that heals the emotional burn of doing stuff you really don’t want to do.

Obligated to be at another boring after-work function? “I’m going through some personal stuff.” You are excused.

Promised you’d build a house with Habitat For Humanity? “I’m going through some personal stuff.” You are officially off the hook.

The great this is, no one really questions you when you say, “I’m going through some personal stuff.” Very few people will hear these words, look at you accusingly and say, “Oh, really? What kind of stuff?” Few are so bold to proceed with that line of questioning. And in the rare cases someone is that bold, all you have to say is, “It’s…PERSONAL.” End of discussion. You are now free and clear of whatever awful FaceBook invite one of your friends has incessantly sent you.

What we are banking on is that when people hear “personal stuff” they automatically assume it’s really bad. Like so bad that they really don’t want to know what it is so it is easier to excuse your presence than to hear what is going wrong in your life. It is that shared assumption that “going through personal stuff” translates to “things suck right now” that makes the phrase so powerful. Use that power!

And don’t think of it as lying. “I’m going through some personal stuff” could mean absolutely so many things. Its vagueness is like a giant umbrella you can hide under. It could mean anything from, “I am currently going through a painful divorce” to “I have the worst gas imaginable right now.” It could even mean, “It is really important to my well being that I stay at home and catch up on all of my ‘Archer’ episodes.” The point is; everything in life is personal. Using “I’m going through some personal stuff” as an excuse really isn’t lying. It is just telling the truth with many, many omissions.

In addition, people will be concerned for you. They will worry about you. They will treat you with kid gloves. Who doesn’t want that? The next day after expertly implementing the “I’m going through some personal stuff” plan people will look at you with understanding eyes and say, “Hey…how are you?”  All you have to do is mutter a simple “okay,” and everyone will back off and give you even more space…space that you can use to do whatever the hell you want.

That being said, using “I’m going through some personal stuff” repeatedly for every situation you deem undesirable will eventually bite you in the ass. People still won’t think you’re lying, but they will think that you have serious emotional problems. And if they do think that, especially if they are close to you, it is likely to cause them to stage an unwanted (and unnecessary) intervention. And then you are really screwed because then you most definitely will be going through some personal stuff.

How Much Daily Exercise Do You Really Need? 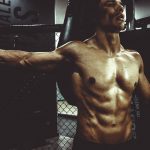 Hopefully, you enjoy exercising and don’t watch the clock, impatient for it to be over. But... more»

My Breakup Letter To Tom Cruise 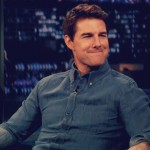 Not so hard to do, honestly. more»

The Cuter the Café, the Better 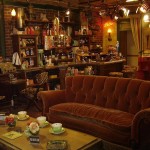 The queen of cute cafes. more»