I eat a lot of Asian food.

Seriously. A lot. Way more than is healthy or necessary. My body is made up of 33 percent parts each of water, fear, and MSG. It’s a problem I’m aware of.

Also, sometimes when I’m not stress eating and I’m lounging on the couch in my boxers, reflecting on my life and the man I have become at 26, I have what I can only assume are moderate panic attacks re: my future.

These two things may seem unrelated until you factor in fortune cookies. When you suffer from persistent existential dread, you start looking outside yourself for decision justification and future prediction. Some people find God. I found fortune cookies.

One day not too long ago, in the midst of one of these panic attacks, I seized the brown paper bag my Chinese takeout had come in, and proceeded to breathe deeply. A fortune cookie rose from the depths of the bag, right into my mouth, causing me to cough even harder, which obviously did zero favors for the whole panic attack thing, which went with a swiftness to a Code Orange, as I believed I was going to asphyxiate and die.

However, Gentle Reader, I was able to regain control of my faculties just enough to hawk the plastic-wrapped harbinger of the future right back into the bag.

Then I opened it, cracked the cookie in half, and popped a bit of it into my mouth.

It tasted like somebody had made a cookie out of only cardboard and that flavoring they use on the lick-and-stick envelopes, whatever you want to call that. I swiftly spit it out while simultaneously uncurling the tiny piece of paper that was inside the envelope cookie.

“You will be reunited with old friends,” it read. And Science strike me dead if not 10 minutes later I got a notification from my old buddy Dave, who had moved to Florida a few years ago and had invited me via Facebook to a housewarming party he was having down there in that land of outlaws and Jeb Bush.

Dave and I hadn’t talked since, like, college! The fortune had come true!

Since then, I’ve been collecting my fortunes and documenting their verisimilitude. Here is my fortune cookie recap for so far in 2014.

[Note: somebody should tell the people who write fortune cookies to either write predictive fortunes, or to rename the cookies something like “Idiom Cookies.” Because more often than not, the little slips of paper I receive aren’t really “fortunes” at all.]

[Another note: I wondered where fortune cookies came from. Here is your answer, courtesy of The New Yorker. Apparently some dude in East Williamsburg just churns them out randomly, at least for the industry leader.]

You may love the small ones but win the big ones.

I really like a girl who I would consider to be small. I assume this means that I will end up winning the heart of a gigantic woman who can dunk on my head, or is built like former-pro-wrestler-turned-porn-star Chyna? I’d rather just win the small one, if possible. But as it is written, so it shall be, apparently.

Don’t be discouraged, because every wrong attempt discarded is a step forward.

I quit my job in January because it wasn’t taking me where I envision my future going (which is to say, it wasn’t making me happy and didn’t seem like a gig that would make me happy in the future, which is essentially all I care about—happiness). I suppose this is a wrong attempt that I discarded, and now I am moving forward. This is surprisingly accurate.

There is not [sic] greater pleasure than seeing your lived ones prosper. [sic]

I guess this is true if you interpret it as “There is no greater pleasure than seeing your loved ones prosper.” It’s difficult to have much faith in future predictions written by somebody who doesn’t even proofread his or her own stuff for glaring mistakes.

A dream is just a dream. A goal is a dream with a plan and a deadline.

This could be true, I suppose, although I disagree with putting hard deadlines on my goals and will probably never do so. Except if my goal is having children, because my biological clock is already ticking.

Get [sic] your goals high and you will always move forward.

Again with the proofreading. If I get my goals high they’re going to completely forget the plan and they will DEFINITELY miss any kind of deadline I have set for them.

First they ignore you, then they attack you, then you win.

I like to think that this is accurate re: my so called career. Things I’ve written have been ignored very often. They’ve been attacked (sometimes in hilarious ways). And now I sometimes get paid to write things I want to write. So I guess I win?

Today is a great day for learning something new.

Dude must’ve written this one on a Friday after happy hour at the office had already started. Talk about mailing it in. This is kind of offensive, actually. You bust out your Kung Pao chicken lunch special, open your fortune and get THIS ridiculously obvious piece of crap? There is no such thing as a bad day for learning something new. Everybody knows that.

Turn your scars into stars.

Guess this was written on a day when the fortune cookie writer was reading a lot of modern poetry. Because it doesn’t make any sense.

You are interested in higher education, whether material or spiritual.

I am indeed. I actually just got into Miami Ad School’s copywriting program. Which is higher education that I am very much interested in.

You will always be lucky in love.

I’m offended that somebody would ever tell me this. It is so untrue it can be considered bonkers.

No man is without enemies.

True. I have nothing else to say about this one.

The best thing you can do is get good at being you.

I’m pretty good at being me. Drake is always saying that you should just “do you.” I do me every day at least once. Sometimes twice. One time, I did me four times in one day, but that was more just to see if I could do it more than anything else.

What Are the Most Dangerous Food Groups? 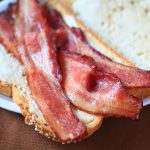 Fruits, vegetables, whole grains, nuts and seeds — we hear a lot about the “best”... more»

Despite Big Heart Benefits, Far Too Many Skip Statins 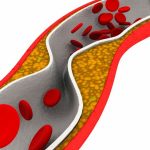 People who’ve already had a heart attack or stroke can cut their odds for another one in half... more»

Patients with severe COVID-19 may be at risk for a variety of brain complications — from... more»