For the first time in my life, I found myself wanting to watch the World Cup.

But I dislike soccer.

Call it soccer, call it football, call it fútbol, call it whatever the hell you want – watching the world’s most popular sport is kind of a chore for me. I get that soccer, particularly soccer played in the World Cup, is intense, competitive, and at times completely surprising. I also get that watching a bunch of guys sprinting around and kicking a ball to each other for what feels like a really long time is not exactly my cup of tea… and yet I friggin’ love tea.

As much as I try to enjoy it, soccer is just a hard sport to watch. There is not a lot of scoring. The final score of a match can be 1-0. Many soccer enthusiasts point to that as proof of how exciting matches can be. To me it’s proof that not a lot is going on and I’m really just watching a group of dudes sprinting up and down a field. And while I do enjoy the complaining, flopping and fighting that goes on in a soccer match (no sport does those three better), it’s still not enough to keep me engaged for a full ninety minutes. And if a match is still scoreless and needs to go into extra time, put a fork in me because I am done.

But I have nothing but respect and admiration for the sport of soccer. It is a tough-as-hell sport and soccer players are tough-as-hell individuals. These are world-class athletes on par with Lebron, Manning, and Jeter. All that being said, I have never once sat through an entire soccer match and no amount of cold, frothy, hefeweizen paired with a basket of hot wings will be able change that.

Almost all of us played youth soccer as a kid, which is strange considering that here in the United States nearly every other team sport is more beloved than it. Those of us who enjoyed it or were good at it (not me) continued to love and follow soccer. Those who didn’t like it or sucked at it (moi) quit and never thought about soccer again. So despite not being the most popular sport in America (or the second most popular, or the… you know, I think you get the point), soccer is on our national radar. It’s not some obscure sport like cheese rolling, which, if I am being honest, I would much prefer to view over soccer.

And the World Cup is a BIG DEAL. I mean it’s called “The World Cup,” for Christ’s sake! Every four years the best of the best compete to see who are the world champions. We’re not talking about a few obscure countries watching their fellow countrymen stand around banging a couple of rocks together. We’re talking about a sporting event that the entire world is involved in, takes very seriously, and freaks the f*#k out over when they lose. So I understand and appreciate the importance of soccer and what is at stake.

And yet… I don’t really care.

But I want to care! I want to watch soccer. Obviously, if the entire world is into it then it must be worthwhile to watch. I want to root for the U.S. in the World Cup.* I want to root against Spain since they won the last World Cup four years ago.** I also want to root for some small country that has no shot and is considered a huge underdog, like Algeria.*** But to do all of that means I actually have to watch a soccer match.

I’m just not sure I can do it.

* I had to ask my friend Carlos if the United States was in the World Cup, cause I wasn’t sure.

** I again had to ask Carlos who won four years ago, as I didn’t know. I also didn’t realize the World Cup was every four years. 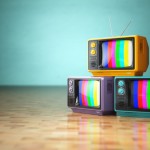 One Boy Gets The Runs At Dunkin: A Harrowing And True Story 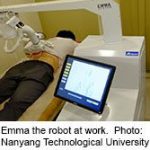