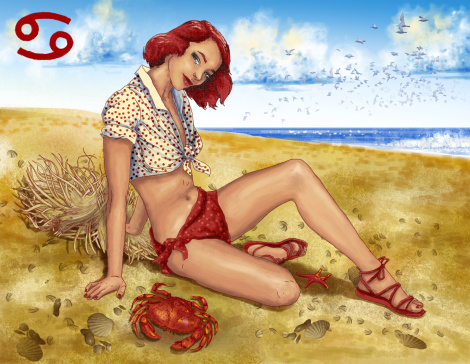 I recently went down a “Soul Train” wormhole on YouTube (and if you haven’t gone down a “Soul Train” wormhole on YouTube then, frankly, you haven’t lived) when I noticed that the host and baddest mofo on the planet, the late Mr. Don Cornelius, would ask every musical guest what their sign was. No one thought it was weird, everyone answered with a straight face, and everyone understood the meaning behind each sign.

We need to bring this back. NOW.

Granted, the “Soul Train” videos I watched were from the seventies and there was a lot of weird stuff in the seventies that we don’t really need to bring back (multi-colored jumpsuits, cults, PCP), but bringing back the importance of someone’s zodiac sign seems, dare I say, groovy? Yeah…I shouldn’t have dared. Anyway, let’s start recognizing zodiac signs as a cool way to introduce us to each other.

Borrowing from this not-so-distant past will only make present-day social interactions that much smoother. For example, The Floater’s had a hit in 1977 called (appropriately) “Float On.” In the song they all give their zodiac sign first, then their name. (Most famously is the last member of the four-man singing group who crooned, “Cancer…and my name’s Larry.”) That’s how important astrology signs were in the 1970’s. It wasn’t so much important who you were as it was what sign you were born under. It was like, “Yes, you eventually need to know my name, but if we are gonna get nasty you first need to know that I am an Aquarius and I can’t get with you if you are a Scorpio.” It’s just a great shorthand that needs to be resurrected.

Whether you believe in them or think they are an enormous bag of bunk, we are all born under specific astrological signs. It’s not like anyone over the age of thirteen has no idea what their sign is if you ask them. And even though few of us would like to admit it, we have all at one time or another looked up our signs to see if what they say about them is really true. (I think it’s safe to say that about eleven percent is absolute crap but that remaining eighty nine percent is spot-on.) So why not just embrace the zodiac sign like they did in the seventies and use it every time we introduce ourselves?

And when I say, “use it,” I don’t mean in a sarcastic or ironic way. Any donkey can cop a ‘tude, give a smirk, and say, “Yeah, I’m a Gemini. I guess. Whatever.” You need to give your zodiac sign with a conviction and an earnestness that lets people know that you know who you are. You need to believe it before you can sell it.

But once you do that, your zodiac sign becomes your calling card. You don’t need to blather on and on about yourself. Your sign tells people who you are. It explains your personality better than you can. No longer do you have to make ridiculous chit chat like, “I have always felt this need to be connected to others and the world around me.” Instead, you just have to say, “I’m a Pisces.” You zodiac sign will also get you out of unwanted situations minus the heavy explanation. Feeling suffocated by being in a long-term relationship and you just want to be free? Well, you need to say none of that. All you have to do is say, “I’m sorry. I’m a Sagittarius.” Boom. You are now single.

Listen, people are digging on mustaches again and those are seventies as hell. Why not bring back the zodiac sign as well? They are more functional and twice as sexy. So the next time you are introduced to a perfect stranger, go ahead and drop your zodiac sign. Drop it like it’s hot.

By the way, Taurus…and my name’s Kirk. 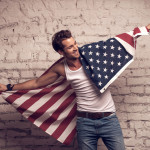 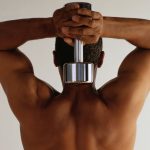 Ever wonder what top trainers tell their best clients? Personal trainers excel in mapping out... more»