I’m a huge Game of Thrones fan. So clearly as of yesterday I’m much happier. If you haven’t seen the premiere yet, don’t worry, I won’t spoil anything. I look down upon you, we’ll probably never be friends, but I won’t spoil the episode (JK, let’s totes be friends). If you’ve heard of Game of Thrones, or A Song of Ice and Fire if you know how to read, you’ll know that the series features dragons. One of the things I love about the show (aside from the rampant sex and nudity, obviously) is how it portrays the dragons. They seem incredibly realistic. Seeing Daenerys’ chill on a rock while her dragons played made me ponder what it would be like to live with dragons in New York in 2014.

OK, so right off the bat, housing’s gonna be an issue. I mean housing’s an issue in NYC regardless, but with a dragon!? Fugheddaboudit*! I’d have to find an apartment that’s:

This probably means a warehouse loft space in Bushwick. It has the space needed, with roof access, and the lax regulations to live undisturbed. Downside is lots of hipsters to deal with, but more on that later.

Another huge issue is dragon upkeep. Dragons are pretty self-sufficient once old enough, but the thing will have to be walked (flown?). I mean I can only imagine how terrible dragon excrement smells, so litter box training is not an option. This is the same as having a dog. Life is pretty hectic in New York, and being home at regular schedules to walk pets is tough. It’s not impossible, it just takes a little more dedication and discipline.

Speaking of upkeep, a dragon would need to be fed. Apparently going on Seamless or GrubHub and trying to order a live cow is frowned upon (believe me, I’ve tried). The Game Of Thrones Wiki states dragons only eat meat, so sharing some of my Ramen stockpile (half a flavor pack, keep that sodium in check, people!) is out. Since I’d be trying to be a decent neighbor and not have my dragon eat other pets, I hope my dragon’s cool with General Tso’s chicken (extra spicy, of course). I mean technically you can get livestock at these halal places around the city (no, seriously) but I’m not sure if Dragons are Muslim. I figure they probably wouldn’t care, but I certainly don’t want to offend anyone by presuming their religion, especially if that someone can breathe fire and easily eat me.

But there will be perks. For instance, I can finally tell the MTA to go screw themselves, they’re not getting my $112 every month just so they can not get me to work on time. Also, I think that regardless of how terrible your job or your morning, riding a dragon to work will put you in a good mood. Another perk would be saving money on the gas bill. No need to use the stove. I now have a walking, screeching, flame. I just toss whatever food I need cooked in a metal pot, call ‘ol Carl over, and boom, I have piping hot Spaghettios (don’t judge my diet). Plus I can have s’mores whenever I want!

But the best and most obvious advantage to having a dragon in the city is that you can smite your enemies with a quick “Dracarys” (maybe don’t click on that if your employers frown upon you watching vids of people being burned):

Clearly there are some obstacles to overcome. Living with another being, let alone a dragon, in New York is tough. I’d have to make a conscious effort and change up my lifestyle to accommodate the dragon. There will be some hardships. But, when comparing the pros and cons of the situation, being able to barbecue anyone that crosses me really trumps all. Plus, I can have s’mores whenever I want! 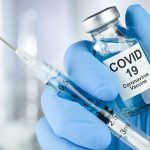 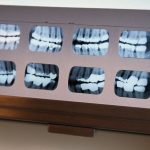 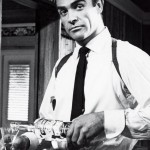