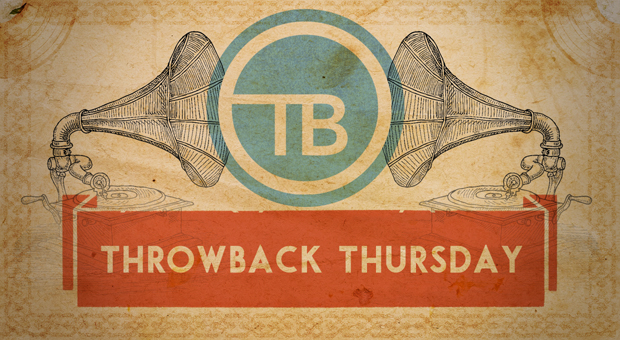 #ThrowBackThursdays are great. Sharing moments from the past with “friends”, “sorta friends”, “kinda friends” and, “I guess we are friends” is a fun little time-suck. Unless you hate life, there is no reason not to like them. That being said, can we put a little structure into Throw Back Thursdays? Maybe a simple, agreed-upon list of easy-to-grasp guidelines that we all can follow? Wouldn’t that be nice? Listen, the World Wide Web is already a lawless, free-for-all territory where anything goes so maybe a little order, even for only one day of the week, is just what we need.

1) It is called “Throw Back THURSDAY.” There is no such thing as Throw Back Friday. It does not exist, nor does it sound as cool as Throw Back Thursday. So if you missed posting on one particular Thursday, relax. It’s okay. There is no need to post something Friday morning. Everyone in the social media hemisphere can wait a week to see that baller picture of you in junior high wearing a Hoobastank T-shirt.

3) Photos from one year ago are just not throw back enough. As fun as Throw Back Thursdays are, no one gives a damn about anything that happened to you twelve months prior. So, for the sake of argument, let’s say that any image uploaded for TBT has to be at the minimum seven years old. This is enough time for people to forget what was happening at that time and they can look at what you posted from then and smile with nostalgia. Seriously, put a little elbow grease into it and throw it back a little farther.

4) If you have kids of any age, spare them from Throw Back Thursday. They don’t need their baby pictures floating all over the Internet. More importantly, it’s just too earnest. It doesn’t allow for snarky commenting, which is the reason any of use are using social media in the first place.

5) No pics of your grandparents from way, way back in the day. It is usually just a grainy black and white of the two of them standing and solemnly staring at the camera. Not that thrilling. It also is a stark reminder that they had it way harder than we do and we should refrain from bitching about our lives. Also not that thrilling.

6) Posting something from a celebrity from back in the day is fun, but try not to be so obvious about it. No offense, but a Hall and Oates video for an ’80s throwback or a photo of Screech for a ’90s throwback is kind of a big “duh.” Dig a little deeper. Do a little more research. Go obscure. You may not get many likes for posting the song “Scooby Snacks” by Fun Lovin’ Criminals (Google it) but there will be at least one person in your social media circle who will think you are brilliant.

* One TBT post for the day. ONE. Overkill ruins Throw Back Thursdays every time. Yes, it is hard to resist posting photo after photo of your senior prom, but just like the Converse sneakers you wore with your tux that night, it’s not a good idea.

(HealthDay News) — Regular nut consumption can lower the risk of heart disease by up to 14... more»

Want to Give Your Memory a Boost?

Whether you’re studying for an important exam or learning a new language, there’s more... more»