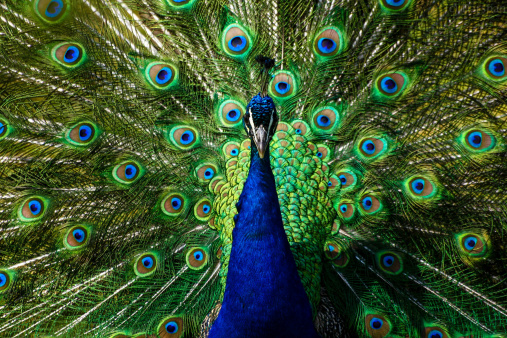 A study recently came out about the mating habits of an avian species that made me think about my own species’ reproductive inclinations. The non-human species in questions is the peacock — and in particular, peacock males. Peacocks are already used as a comparison point for Homo sapiens. Men who do a little too much preening in front of the mirror, and then stick out their chests in order to get noticed (or so they hope) by bipedal females, are often referred to as “peacocks.” It turns out the similarities between men and male peacocks go even deeper than I first imagined.

Researchers in Canada have recently discovered that in addition to their wildly flamboyant display of feathers and vibrant colors, male peacocks also resort to “faking” sex sounds in order to attract a potential mate. A distinctive hoot is the call a male makes when he’s about to jump on a female for sex. This “hoot” is kind of like a “Hey baby, here I come, ready or not” warning. Yes, political correctness and gender sensitivity haven’t made their way into the peacock world just yet.

The interesting thing, researchers have found out, is that males will make this hooting sound (not to be confused with Hootie and the Blowfish) when females aren’t even around. This “fake hooting” could possibly be a deceptive sign to convince females that a particular male is more virile than he actually is, thus drawing the lady bird folk in. “Fakers,” according to the study, tend to be more successful breeders than males that choose not to fake their sexual hoots.

This brings me to the males of my own species (of which I am one), and the artifice we often employ to impress women. Men build up their muscles in the gym, even though they may have never used those muscles in a fight, or for real labor. Other men might purchase an expensive sports car they can’t afford in order to persuade prospective female (or male) companions that they posses more wealth than they have in reality.

Fake tans, calf and chin implants, hair implants, artificial pearly white teeth, tummy tucks and a ton of waxing could all fall under the heading of “deceptive mating techniques.” Of course, women indulge in artificial augmentations as well, but when it comes to fake “hooting,” I believe men outdo their female counterparts by a lot.

Sit in a singles’ bar full of people in their 20s, 30’s, and even 40s sometime and listen to the BS men offer up about their position at work, income, sports prowess and overall awesomeness. Now tell me our competitive boasting doesn’t rank up there with a peacock’s fake hooting.

In my life, I’ve found that people who are incredibly awesome tend not to shout about it in a crowed bar over the thunder of a deafening sound system. Truly spectacular specimens of humanity are generally surrounded by all of the romantic company they can handle, tucked away (perhaps in their secluded bungalow, or tastefully decorated beach house) from prying eyes — while the swaggering braggarts (aka faker hooters) of the world are outside waxing their very expensive cars.

Of course, if you’re not a super-duper awesome dude, a little fake “hooting” could really do wonders for you. Who am I to tell you to knock it off? Lots of seemingly happy peacocks would vouch for the method, if they could talk — and if they weren’t so busy entertaining the females.

Smart Choices for Your Home Gym 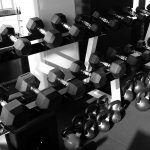 Home exercise equipment has come a long way over the years. It’s a great option if... more»

Can your personality determine how good you are with money? The answer is yes, according to... more» 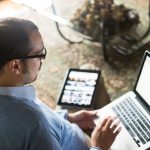