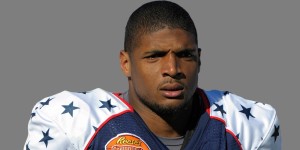 For the uninitiated, a Man Crush is when a straight man has a non-sexual, idolatry crush on another man. I have many of them, and will be writing about a different one each month.

I would say that Michael Sam is the first Man Crush I’ve had on an openly gay dude, but that wouldn’t be true. (List includes David Sedaris, Chuck Palahniuk, Rufus Wainwright, and the late David Rakoff.)

If somehow you’re unaware, Michael Sam is a man with two first names who came out as gay to the New York Times a couple weeks ago. Of course, many people come out as gay. But not people who live in Michael Sams’s world. After a sterling career as a defensive end at the University of Missouri, Sam will enter the NFL draft and will likely become the first ever openly gay active NFL football player.

If he doesn’t get screwed out of a job because of his sexual orientation.

Which could very well happen. There are many homophobic men affiliated with football, like, for example, Minnesota Vikings coach Mike Priefer. Allegedly. (Read about Priefer here.)

I don’t want to discount the bravery of others who have come out—especially those who are in the public spotlight—but Sam is especially brave because with the exception of, like, NASCAR or the Westboro Baptist Church, there is not a riskier place than the NFL to be professionally linked to when coming out of the closet.

There are two reasons for this: a) NFL football is the most popular sport in America, and it employs the most household names, meaning Sam will get even more media recognition than Tim Tebow, and b) it is still viewed as ultra-masculine.

Football is all about large, extremely muscular men hitting one another as hard as possible. Many of the NFL’s players are very unintelligent and backward. Some of them are straight-up bullies, like Dick Incognito. A locker room is a place where you’ll get ripped on for anything you do that isn’t deemed purely masculine. It’s a pseudo workplace where you’ll still hear people called some pretty ill-mannered names for no reason.* Suffice it to say that an NFL locker room is full of the kids you hated in high school who never grew out of their prickishness, but were good enough at sports to become millionaires and escape working at the local Jiffy Lube.

In fact, the most common deterrent I’ve heard to drafting or signing Michael Sam is that he will be “a distraction in the locker room.”

I beg to differ. Sam came out to his MIzzou teammates before this season, and they were fine. Nobody went to the press. Nobody tweeted homophobic stuff. Nobody came out and said he was sexually harassed by Sam. Sam is, like any other rational person, going to avoid sexually harassing people at work.

It’s extremely unfortunate—heartbreaking, really—that we live in a world where it’s still an act of bravery for anybody to come out of the closet, where people are bigots against homosexuality for literally no good reason at all beyond their lack of the cognitive or emotional abilities to digest why or how somebody could have a different lifestyle than the one they’ve been leading. But that’s the way it is, and that’s the way it will remain until more people join the likes of Michael Sam.

I have a Man Crush on Michael Sam because he put his future and his career on the line, and for what? Not positive notoriety, but to pave the way for those who come after him. To change things for the better.

Michael Sam didn’t make the choice to be gay.**

But he did make the choice to be brave.

*All of this is particularly odd to me. I’ve spent a lot of time in locker rooms, and I can tell you that is where I’ve witnessed some extremely bizarre behavior that one wouldn’t generally call “straight.”

**If being gay were a choice, one would think that more people who decided to be gay would be attracted to a sport where you’re constantly wrestling with the sex you find attractive, and are occasionally naked together in a locker room.)

(HealthDay News) — Obesity can develop as a result of poor eating habits, inactivity or... more» 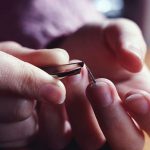 Good nail care is important, but it’s possible to overdo it. For instance, it turns out that... more»