With flowers, trees and grasses springing back to life, folks with allergies will start to complain of sneezing, runny noses, and watery, itchy eyes.

More often than not, though, they’ll head to the allergy aisle of their nearest drug store without advice from a doctor or pharmacist, the new study found.

Only 63 percent of people who visit their community pharmacy to purchase treatment for their hay fever have a doctor diagnosis, said study senior author Sinthia Bosnic-Anticevich.

“This is despite the fact that a vast majority of them are experiencing moderate to severe hay fever symptoms, which impact on their day-to-day living,” she added.

Moreover, 70 percent select their own hay fever medication without consulting the pharmacist. And of those who reported wheezing, only 6 percent chose the correct medication, the study found.

“Only 17 percent [choose allergy drugs] appropriately,” added Bosnic-Anticevich, a professor at the University of Sydney in Australia, who specializes in the use of respiratory medicines.

It’s estimated that hay fever affects 30 percent of the world’s population, the researchers pointed out. Although this study was done in Australia, Bosnic-Anticevich said she has heard anecdotally from U.S. colleagues that the results would likely be similar if it had been done with American allergy sufferers.

So what is the optimal medication to quell those seasonal sniffles?

If symptoms stem from a true allergy, many people reach first for oral antihistamines, such as Zyrtec (cetirizine), Xyzal (levocetirizine), Claritin (loratadine) or Allegra (fexofenadine). While these medications are helpful, they may cause side effects, and allergy doctors generally recommend trying nasal steroid sprays first.

Dr. Marcella Aquino is an allergist at NYU Winthrop Hospital in Mineola, N.Y. She said, “Nasal corticosteroids are the best for treating congestion, runny nose and sneezing.”

Nasal steroid sprays can help symptoms caused by allergies (rhinitis) and a similar condition called nonallergic rhinitis, she noted. Nonallergic rhinitis also causes runny nose and sneezing, but these symptoms aren’t caused by an immune system response as allergies are, according to the American Academy of Allergy, Asthma and Immunology.

Bosnic-Anticevich said it can be difficult to tell the difference between the two conditions, but if your symptoms are triggered by things such as pollen, dust mites, mold or animal dander, it’s likely you have allergies. But if your symptoms are caused by changes in temperatures, chemical sprays or perfumes, it’s likely nonallergic rhinitis. And, she added, some people have both conditions.

It’s possible that nasal steroids alone may not completely control your allergies. At that point, Dr. Punita Ponda, an allergist with Northwell Health in Great Neck, N.Y., recommends adding an over-the-counter oral antihistamine.

Bosnic-Anticevich noted that nasal antihistamines can be helpful, too.

Ponda also suggested that “if someone has known allergies, they should try to avoid the allergen so they may not need to take medicine.”

If you’ve tried various over-the-counter medications and they haven’t helped, or aren’t completely controlling your symptoms, all three experts recommended getting evaluated by a doctor.

Aquino advised that people shouldn’t use “nasal decongestants, such as Afrin, for more than a week, because these have a rebound effect. You keep needing more and more if you take them long-term. And people with high blood pressure or heart disease should avoid oral decongestants.”

Bosnic-Anticevich stressed that hay fever that’s not treated properly can have a significant impact on day-to-day living. “Sometimes people trivialize this. Please seek assistance. It really can make a difference,” she said.

The study included nearly 300 people who had been approached while shopping in community pharmacies in Sydney. Two-thirds were women and nearly 60 percent were over 40 years old.

Many chose antihistamine pills first. People with mild symptoms were slightly more likely to choose the optimal medication compared to those with moderate to severe symptoms, the study findings showed.

The results were published March 29 in the Journal of Allergy and Clinical Immunology: In Practice.

Learn more about seasonal allergies and medications to treat them from the American Academy of Allergy, Asthma and Immunology. 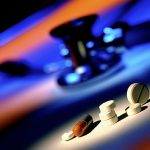 Taking aspirin or anti-clotting medicines like Plavix won’t boost the risk of another stroke... more» 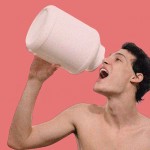 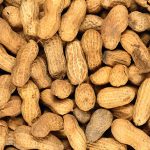 The idea behind immunotherapy for peanut allergy is appealing in its simplicity: Ask a patient to... more»