Adding climate-impact labeling to fast-food menus can have a big effect on whether or not consumers go “green” when eating out, new research suggests.

The finding is based on an online survey that asked consumers to order virtual meals after randomly looking over menus that either had some form of climate labeling or none at all.

The result: Compared with those who chose from a regular, non-labeled menu, 23.5% more who ordered from a menu that flagged the least green choices ended up making a “sustainable” meal choice. (That’s another way of saying, for example, that they steered clear of red meat — a food whose production has a big climate impact.)

Similarly, about 10% more of respondents made more sustainable choices when reviewing menus that indicated the greenest meals available.

“Sustainability or climate change menu labels are relatively new, and have not yet been implemented in fast-food restaurants,” said lead author Julia Wolfson, an associate professor of human nutrition at Johns Hopkins Bloomberg School of Public Health in Baltimore. “However, other kinds of labels, such as calorie labels, have been in restaurants for some time now.”

Other studies have shown that such labels do affect food ordering decisions.

With that in mind, her team wanted to see if climate labels might be equally effective. And — if so — “whether positively or negatively framed labels were more effective at nudging consumer behavior towards more sustainable choices,” Wolfson said.

More than 5,000 adults 18 and older participated in the online survey in March and April of this year. About two-thirds were white, 12% were Black and 17% were Hispanic.

They were told to imagine that they were at a restaurant ordering dinner, after reviewing a fast-food menu containing 14 choices.

Each participant was randomly assigned to view only one of three menus, on which every food option was clearly identified by a photo that could be clicked when placing an order.

“We found that both the high and low climate impact menu labels were effective at encouraging more sustainable food selections compared to the control,” Wolfson said. “But the most effective label was the one indicating high climate impact on beef items.”

Researchers also found that when people made more sustainable choices, they also perceived them as healthier. That suggests climate-friendly fast-food labeling could be a win not just for the environment but also for waistlines.

Still, none of the encouraging results were derived from ordering choices made in actual restaurants.

“More research is needed to understand the most effective and feasible label designs, and how such labels would affect food choices in real world settings such as fast-food restaurants, other restaurants, grocery stores, and cafeterias,” Wolfson said.

Two outside experts greeted the survey findings with skepticism.

Connie Diekman — a St. Louis-based food and nutrition consultant and former president of the Academy of Nutrition and Dietetics — said it remains to be seen just how effective such labels might be in actual practice.

In her experience as a dietitian, people dining out are often focused on the occasion and not on the nutritional impact of their food choices.

“I would wonder if the same [would] occur here,” Diekman said, adding that human behavior does not always align with research studies.

Lona Sandon is program director for the Department of Clinical Nutrition at the University of Texas Southwestern Medical Center at Dallas. She wondered who would decide which foods get labeled “green” or not.

“I predict that there will be a high degree of scientific disagreement on this,” she noted.

Regardless, Sandon doubted that such labels would significantly influence people to make greener food choices outside a restaurant setting, limiting the overall environmental impact of any restaurant labeling effort.

Sandon said a more effective strategy would be to consider the food system as a whole when it comes to sustainability and climate friendliness and not simply focus on an individual food item on a menu.

The findings were published Dec. 27 in JAMA Network Open.

Viagra Might Make for a Safer, More Effective Stent 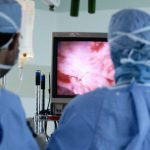 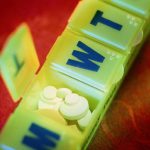 Men who are on the blood-thinning drug warfarin have more difficulty taking the medication if they... more» 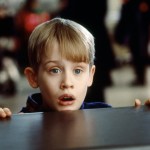