Made infamous as the club drug Special K, ketamine is nowadays being seen as a wonder drug for some folks with hard-to-treat depression.

However, a new study finds that some types of patients are more likely to gain a rapid and significant benefit from ketamine than others.

Overall, while most patients did benefit from the drug, about one-third experienced a “rapid improvement” in their depression symptoms, the researchers said. Certain patient characteristics appeared to predict that level of benefit.

“Severely depressed individuals with a history of childhood trauma may have a better likelihood of a rapid and robust response to ketamine,” concluded lead researcher Brittany O’Brien, an assistant professor of psychiatry and behavioral sciences at Baylor College of Medicine in Houston.

In 2019, the U.S. Food and Drug Administration approved a ketamine derivative called esketamine (Spravato) for depression that has failed to respond to at least two conventional antidepressants. Given as a nasal spray, esketamine is different from ketamine, which is an injectable anesthetic that can have mind-altering effects.

The new study included nearly 300 people with major depression who were treated with three infusions of ketamine at an outpatient clinic. Participants were 40 years old, on average, and most were men. They had not responded to at least two antidepressants in the past. Mood changes were measured using a standardized depression scale over six clinic visits.

Among the study group, three distinct patterns of response to ketamine were identified by the investigators.

People with severe depression who reported a history of childhood abuse and trauma were among the most likely to respond quickly and robustly to ketamine, the study found.

“This finding needs to be further and more carefully tested to better understand the potential role of trauma in treatment response to ketamine,” O’Brien said.

How past trauma affects response to ketamine isn’t fully understood, but sensitization may play a role. Sensitization occurs when a person is exposed to a stimulus and grows more sensitive to it over time.

“We believe that ketamine may work well for some depressed individuals because the drug blocks the effects of sensitization,” O’Brien said. “Ketamine may work as a barrier to prevent whatever stimulus is triggering the depression from having its effects.”

So who should ask their doctor about ketamine infusions for depression?

“It is worth considering ketamine if first-line treatments for depression [i.e., indicated and approved medications, evidence-based psychotherapies] have been prescribed, tried, but not adequately effective in relieving symptoms,” O’Brien said.

Numerous studies have shown that ketamine infusions delivered in controlled environments by medical professionals are safe and not addictive, she added.

The new research appears in the January 2023 issue of the Journal of Affective Disorders.

Researchers are getting closer to figuring out who will respond best to ketamine therapy and why, said Dr. Joshua Berman, an assistant professor of psychiatry at Columbia University Medical Center in New York City.

“We can’t say you should or shouldn’t take ketamine or how fast you will respond based on this study, but it’s a step along the way,” said Berman, who has no ties to the new research.

Among other things, these results provide new information about ketamine response in people who experience trauma and abuse as kids. Still, these folks can’t all be lumped together to make a blanket recommendation, Berman said.

Exactly how ketamine helps ease depression isn’t fully understood yet. But it works quicker than conventional antidepressants, which can take anywhere from six to eight weeks to kick in, Berman noted. With ketamine, some people feel better within hours of their first infusion.

“The effects don’t last as long as conventional antidepressants, and people are more likely to require ongoing treatment, although some people get better and stay better after they taper off and undergo a brief maintenance treatment,” Berman said.

“For most people, ketamine is safe,” Berman said.

He noted that IV ketamine doesn’t have formal FDA approval for treating depression, but there are many clinical trials and much experience behind it.

“It is a new treatment, and there are certainly a lot of areas where we don’t know as much as we do with other treatments, but it is past the point of calling it experimental,” Berman said.

Ketamine’s use needs to take place against the backdrop of overall psychiatric management of depression, he said.

“Work with your psychiatrist and have that person help guide you to people who can provide it safely, Berman advised.

Ketamine and psychedelics such as psilocybin and MDMA are generating lots of buzz in psychiatric circles. As use of psychedelic-guided therapy expands, over time researchers may learn which are most helpful for individuals, Berman said.

This could lead to development of new drugs for depression.

“We may be able to make use of biological properties of these molecules so they can be taken in a more passive way than with guided psychotherapy and without risk of dissociation,” Berman said.

“It may be that over time, we can be confident enough to give these therapies to people earlier even if they do not demonstrate treatment resistant depression,” he added. 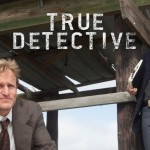 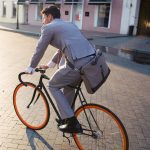 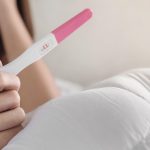