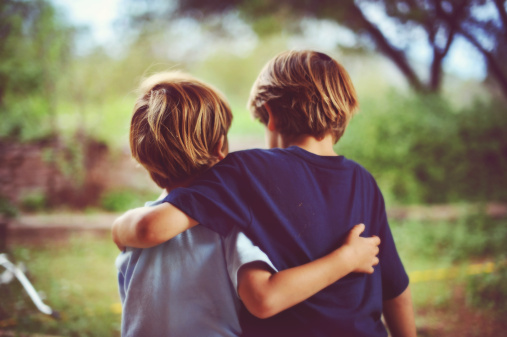 I feel like having a roommate when you’re well into your 30ss is a decidedly New-York thing. I’m not saying it doesn’t happen in other places, I just feel like it is more the norm here in New York. This is entirely out of necessity, ‘cause it’s soul-suckingly expensive to live in this God-forsaken place. It’s especially tough if you’re particular about how you live (I’m not OCD, definitely not OCD). It’s a good thing I’m the cool roommate, not the one that gets pissed off when my roommate sets the glasses standing up in the drying rack, which leaves a tiny puddle of ebola water (i.e. NYC tap water) and means I just have to go back and wash all the damn glasses again!

My point is that you learn to compromise on things. You learn to let things slide. This is especially true of my roommate situation. I knew Paul before we moved in together, so our dynamic was already established before the fortress of bearditude was founded (we both have manly beards). Us being friends before moving in together has created a very specific roommate situation.

In some ways it’s like the Odd Couple, sure. He’s messy and I’m clean (not OCD, definitely not OCD). Though we have an established sharing policy, I rarely use his stuff (to the point that I ran out of shampoo once and used hand soap rather than one squeeze of his shampoo, for which he chided me). But we also have a history together. We get along on a deeper level. We both see the world in similar ways, he through his poetry and my through my music (God we sound like sad emo kids). We make jokes about how much we hate each other. “Oh I’m definitely not going to be friends with this asshole when we move out. I can barely stand him as it is.”

There’s also our dynamic with the opposite sex. He’s also a bit of a lothario, where I’m considerate to a fault (by the time I feel we’re both “emotionally ready” to bang, she’s generally already deep into the friend zone and telling me about her sexcapades with others). This type of mindset goes out to relationships in general. I’m a people-pleaser (to a fault), and he’s kinda narcissistic.

As I was watching the most recent episode of Game of Thrones, I realized the perfect analogy for our dynamic was right in front of me. It’s no small secret that I love Game of Thrones, but that I’m able to explain my roommate dynamic through the show makes it ever so much sweeter. Paul and I have a dynamic not of Tyrion and Podrick (too master/servant), nor Aria and The Hound (too creepy/tinged with mutual intent to murder), but of Lady Brienne and Jaime Lannister.

So I’m clearly Lady Brienne. If you want the full rundown of who that is, click the link on her name. While I’m not tall, muscular, nor have straw-colored hair (I’m also a dude so, ya know, there’s that), I am (or like to think I am) mostly flat-chested and covered in freckles. But what makes me a Lady Brienne is that, much like the character, I yearn for respect and acceptance from others, can be headstrong, but am honest, straightforward, loyal and determined (to a fault).

What makes Paul a total Jamie Lannister (again, link in the name if you want), is also more focused on personality than features. Paul does not have the classic Lannister traits of blond hair and green eyes, and I personally wouldn’t consider him “extremely” handsome, but I’m sure certain women would agree that he has “a smile that cuts like a knife.” Much like Jamie, though, I would agree that he has little interest in politics. When you first meet him, I could see Paul as coming across as arrogant, amoral, and possibly even dishonorable (sometimes he says some crazy shit). But beneath the swagger and aloofness, there’s substance, compassion, and an all-around good dude who cares deeply about the people he loves.

Beneath the swagger and aloofness, there’s substance, compassion, and an all-around good dude.

So how does our relationship match that of Jamie and Brienne? Well, when Paul and I started living together, he wasn’t in the best of places (both in living and life situations). Totes like Jamie when he came to be entwined with Brienne, though he was in a bit more perilous situation (being locked up, malnourished, often close to being killed, etc.). Brienne provided a measure of stability to Jamie throughout their shared history. I like to think I do the same for Paul (mostly by cleaning the apartment and buying a super-reliable WiFi router). We certainly have the same tete-a-tete banter that Jamie and Brienne do (though I like to think my quips are a bit quippier than Brienne’s). And I’d also say that our different personalities have rubbed off on each other a little, both for the better.

Admittedly, the analogy doesn’t totally fit. The romantic undertones are missing, and neither of us can carry, let alone swing, a sword. Plus as far as I can tell Paul still has both hands. But between the shared personality traits with our respective characters, and the dynamic they have, I’d say it’s pretty damn close.

Besides, we also shared a super-tender moment in a bathhouse.

How to Fake a TED Talk 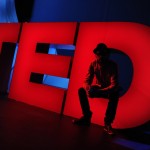 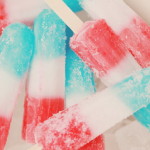 Read on if you don't want to feel red, white, and blue this summer. more»