When LeBron James and the Cleveland Cavaliers face the Golden State Warriors tonight for their last shot at an NBA championship, the Cavs better hope players didn’t stay up tweeting late Thursday night.

New research suggests that pro basketball players who tweet the night away before a game turn in a poorer performance on the court the next day.

The likely culprit? A lack of sleep, researchers said.

“Using late-night tweeting activity as a proxy for being up late, we interpret these data to show that basketball skills are impaired after getting less sleep,” said study author Jason Jones, an assistant professor of sociology at Stony Brook University in Stony Brook, N.Y.

Jones and his colleagues pored over Twitter account activity for 112 NBA players over the course of seven basketball seasons between 2009 and 2016.

All told, the analysis looked at the timing of roughly 30,000 tweets from players that were then stacked up against next-day quality of play.

The researchers said they determined that players scored 1 fewer point, on average, on days that followed late-night tweets.

Shooting accuracy also dropped by about 1.7 percentage points in that scenario. And tweeters also took fewer shots and had fewer rebounds, steals and blocks, the researchers found.

That said, players who were up the night before a game tweeting also tended to play an average of two fewer minutes per game, which might explain why scoring total went down slightly, the researchers acknowledged.

The findings were published June 5 in an online supplement to the journal Sleep. They were also presented this week at a meeting of the Associated Professional Sleep Societies, in Boston.

“Our results demonstrate a broader phenomenon,” Hale said in a meeting news release. “To perform at your personal best, you should get a full night of sleep.”

There’s more on the importance of sleep at the U.S. National Heart, Lung, and Blood Institute.

Could a Zap to the Brain Jog Failing Memory? 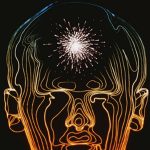 Can Smartphone Use Bring on Carpal Tunnel Syndrome? 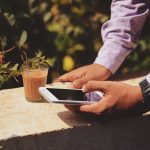 Maybe, especially for folks who spend more than 5 hours a day on their devices, study says more» 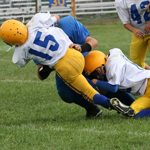