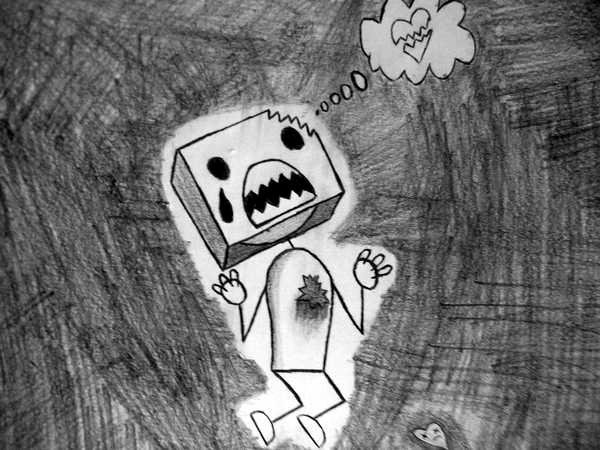 “Every relationship is fundamentally a power struggle, and the individual in power is whoever likes the other person less.” ~Chuck Klosterman

I remember the first time I figured out I was the one who cared more than a person I was dating.

Her name was Emily. I wish I could write something eloquent about her that could convey to you why I began to like her as much as I did, but when s**t goes south because you were more into it than your counterpart, your perception of them has a tendency to change over time, skewing — obviously — to the negative.

Your mind makes them into something more normal than you built them up to be, and before long you’re aware of how much you cared, but you don’t have a really great explanation for why. You’re also not really sure which perception you had of them is the real one, and you cling to the less-good one, mostly. Love and the emotional steps that lead to love are weird that way.

Emily was the first girl I tried to become close with after a very rough break-up. (That I was trying to become close with someone instead of letting it happen naturally and gradually is probably an indication that I was doing something ill-advised.) The timing probably had something to do with it. I’d fallen in real love — it wasn’t like the other times I thought I had, when I was experiencing something on a lower level. I’d been wrong. Having not actually been in love before I had mistaken my feelings for something more than they were. Being in love is one of the greatest and most captivating feelings I have experienced, and when it was gone for the first time I sought to replace it. I became the person who dove in too quickly and too heavily. I came on way too strong. But it never occurred to me that I could do anything about it, and maybe I couldn’t.

I knew somewhere in my mind that I cared way too much, but the thing about the way you feel about someone once you reach a certain point, and the extent to which you feel that way, is that it tends to be something you have no control over.  This lack of control gets in your head and messes you up something fierce. You start doing things no human being would do if they followed the normal rules of courtship, one of which is to take things kind of slow so as not to freak a person out and then scare them away. (Pro tip, right there.) You want desperately for them to be on the same level of feeling as you, and on the same level of acting on those feelings. When you discover that they aren’t, usually when things come to a sad and awkward end (for you, anyway), it tears you up in a big way. Because you’re the one who has been let down.

It’s always a problem. When I don’t care as much, I wonder why the woman who is more into it than I am is so into it and so serious about it. Why she can’t just relax and let it happen.

When I’m the one who cares more, I can’t understand why the woman gradually removes herself from my life after seemingly being into me. I lose a ton of sleep and satisfaction thinking about why I couldn’t get them to go all-in with me. I get angry and paint them in a negative light. Which probably isn’t justified. People aren’t always on the same level or wavelength. That’s life.

In the past year, I’ve briefly dated two women I cared about very much and thought I could fall in love with. I reached the point that many people reach where I realized that I was the one who cared more, and that because of this I was going to be the one who was heartbroken while they went merrily along with their lives. When you get to this point, though, it’s strange. You’re both fully aware that one person cares more than the other, but you don’t address it, because to call someone out as the person who cares less about you as a companion and human being is mostly a fool’s errand. They won’t admit it. They’ll label you as crazy. Then they’ll remove themselves from your life. After this, you will become bitter and label them as crazy, at least to people you talk with about them.

When the latter of the two almost-relationships ended in February, I vowed that I wouldn’t open myself up that way again until I knew I was doing the right thing, that I was on the same level as the other person.

I would force apathy upon myself.

I bought a Claddagh ring and faced the heart outward. I wear it on my left middle finger as a constant reminder that not every woman who shows interest in me is going to care as much as I do, and that I shouldn’t expect her to.

And I’ll keep wearing it this way until the day when I am finally sure that I’ve found the person who cares and loves me the exact same amount as I do them.

Then I’ll turn it around. Hopefully, after that, I’ll take it off completely and replace it with a band around its neighboring finger. A ring that I’ll wear forever.

Some Foods Can Be Cholesterol Fighters 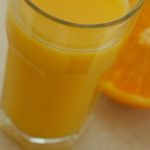 Cooking Up a Storm During Coronavirus Crisis? Store Leftovers Safely

Social distancing measures have many Americans cooking at home during the coronavirus pandemic, so... more»

Grocery shopping has become a daunting endeavor during the coronavirus pandemic, but there are... more»