A new study confirms what many believe: Women tend to be better than men at imagining or understanding what another person is feeling or thinking.

Using a test that measures empathy, researchers evaluated more than 300,000 people in 57 countries around the world to come to that conclusion.

“Our results provide some of the first evidence that the well-known phenomenon — that females are, on average, more empathic than males — is present in a wide range of countries across the globe. It’s only by using very large data sets that we can say this with confidence,” said study author David Greenberg, from Bar-Ilan University in Israel.

The study was led by Cambridge University in England and included collaborators from Bar-Ilan and Haifa universities in Israel, as well as Harvard and Washington universities in the United States, and IMT School for Advanced Studies in Lucca, Italy.

The test used in the study is one of the most widely used for measuring empathy. It asks participants to choose a word best describing what a person in a photo is thinking or feeling just by viewing photos of the eye region of the face.

In no country did males score significantly higher than females. This was true across the lifespan, from age 16 to age 70, in three independent datasets and in many different languages.

The test “reveals that many individuals struggle to read facial expressions, for a variety of reasons. Support should be available for those who seek it,” said senior study author Simon Baron-Cohen, director of the Autism Research Centre at Cambridge University.

Another finding was that what are known as “D-scores” — the difference between a person’s drive to systemize and their drive to empathize — are a significant negative predictor of scores on this test. D-scores appear to play a more important role than sex in aspects of human cognition, according to the study.

“This study clearly demonstrates a largely consistent sex difference across countries, languages and ages. This raises new questions for future research about the social and biological factors that may contribute to the observed on-average sex difference in cognitive empathy,” Dr. Carrie Allison, director of applied research at the Autism Research Centre at Cambridge, said in a university news release.

The findings were published Dec. 26 in the Proceedings of the National Academy of Sciences.

The Greater Good Science Center has more on types of empathy.

Global Gains in Life Expectancy Slow to a Creep 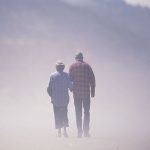 People’s chances of living longer have been increasing dramatically for decades. But, that... more» 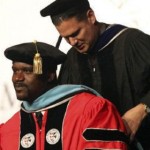 A doctor on the court, and off. more»

Vaping has been deemed hazardous for your health by public officials across America, but you... more»