Scott has a lot of Missed Connections. He likes to write them up and post them on the New York City Craigslist. Each month, he’ll be sharing with us some of his favorites. 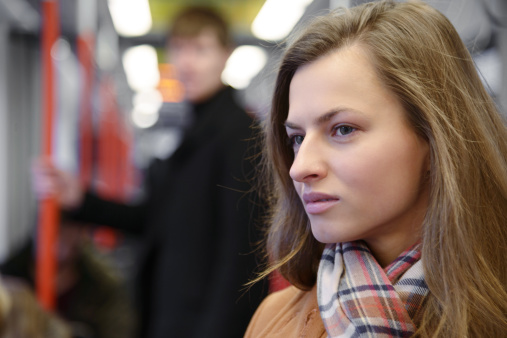 You were wearing a red dress with white polka dots and you had a tote bag with a “Read Motherf**king Books, All Damn Day” pin on it, which I thought was both endearing and something I would like to spend my days doing. A man came onto the train and almost immediately dribbled iced coffee on your tote bag. I was not that guy. I was the guy solemnly shaking his head in disapproval at him for having the gall—unintentional or otherwise—to spill something that belonged to you, and as such was an extension of you. The seat next to you opened up and I sprung into action, darting between two Hispanic construction workers to nab it, balancing my own coffee expertly all the while. You may have felt my forearm rubbing yours ~48 times between the Hewes Street and West 4th Street stop, where I exited following an extra long, extra sensual forearm rub.

If you’re also into sex and forearm rubs, message me and tell me what kind of anklet I was wearing on my right leg.

I boarded the bus early, as I am wont to do to ensure that I don’t have to sit too close to the onboard restroom, and so that I can put a bunch of my shit on the seat next to me to deter boarders from sitting next to me until the bus fills to a point that it is a necessity. It was a fool’s errand this time – I was traveling on a Friday evening, when any bus from one metropolitan area to another one is bound to be filled to capacity. I was feeling optimistic, however, when five minutes before the bus was scheduled to leave I still had two seats to myself. The prospect of being able to sprawl out over two seats on the ride to Pittsburgh (my hometown) spurred in me my first feeling of excitement of the day.

My second feeling of excitement came when you boarded, walked six rows back, pointed at the seat that housed my backpack and asked if “you could sit there.”

“Sure,” I said, thinking, “Oh my God you are beautiful of course you can sit here.”

I would have hours to start a conversation with you. The sooner I did so, the more time I would have to convince you that I was a worthy suitor, that we should certainly see each other again. I would probably start by asking why you were going to Pittsburgh. I would commence what I hoped would turn into a lasting conversation about 30 minutes into the ride, so as not to seem overzealous and/or desperate.

I reclined my seat back just enough for it to not be offensive to the little boy sitting behind me, and settled in for the ride as I conjured ways to stoke our back-and-forth. I imagined us passing the bottle of Johnnie Walker Red I’d brought with me as we bantered, learning so much about each other. For hours, we would be a captive audience for venting and raconteuring (f*ck yes I just made that word a verb).

But then the bus driver announced that we would be departing momentarily for Newark, Delaware, a stop not on any rational route toward Pittsburgh. I freaked out, grabbed my backpack, and bustled past you to de-bus.

How Greyhound staff was negligent enough not to check my ticket to ensure I was boarding the correct coach, I do not know. I made it just in time to the correct bus, where I sat next to an art director named Todd. We spent the ride sketching out mock ads for Johnnie Walker while drinking Johnnie Walker.

It was the most entertaining bus ride of my life, but I couldn’t fully enjoy it. I could think only of what could have been if I had stayed on the wrong bus.

If you think my staying on the wrong bus would’ve led to a lifetime of right things, message me and tell me what magazine I “accidentally” dropped as I rushed off of your bus. 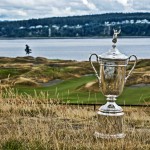 Avoid a Nasty Surprise From the Barbecue Grill 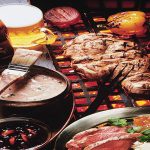 How to Keep a Diet Diary 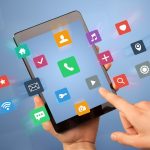 (HealthDay News) — To some people, keeping a food diary might seem old hat or just another... more»