There was a time not too long ago in the early to mid 80’s (okay, it was a long time ago), when almost every popular song on the radio had a saxophone solo. It was almost like it was a mandate that if a song did not have a sax part in it, it was not going to get radio time. You can imagine music execs all over Los Angeles sniffing mountains of Bolivian Marching Powder and screaming, “Yeah, (sniff) this song is killer, (sniff) but it needs a sax solo. Where’s the damn sax? (sniff sniff) WHERE’S THE DAMN SAX!?”

That sax is no more.

These days it’s almost off-putting to hear a saxophone in a song. It’s nas if it doesn’t fit. But not in the saxophone filled 80’s. Back then everyone was doing it. Everyone caved into the peer pressure of having a sax part in his or her song. Below is a cavalcade of popular artists from the 1980’s who practiced oral sax:

Huey Lewis and the News

Kool and the Gang

One Night Stand Sax (groups or artists who said, “What? A sax solo? Sure. I guess.”)

The use of the saxophone was such a big deal that The Rolling Stones had a sax solo in their 1982 song, “Waiting on a Friend.” The Stones! It was (and is) their only song that has a sax solo. Why? Because it was the 80s and that was the law of the land, that’s why! Even the mighty Stones weren’t going to buck the trend.

But by the late 80s the saxophone had all but disappeared from popular music. So what happened to the sax solo? Why did it die such a quick and yet painful death? Two reasons:

1) The synthesizer – Once musicians realized that the synth could double as the sound for the saxophone, horn musicians all over America found themselves looking through the want ads. Why pay a trained musician a bunch of money to make a sound that can be copied by a guy wearing a really skinny tie pushing keys on a keyboard with three fingers? And the more that guy pressed those keys, the more the audience got used to it, to the point where the sound of an actual saxophone just sounded old timey.

2) The guest rapper – Nowadays an MC rapping on a pop song is as common as…well, Common. But back in the late 80s it was nothing less than revolutionary. As pop music started to lean towards hip hop a guest spot with a hot rapper of that time – Big Daddy Kane, Q Tip, Heavy D – was a sure fire way to grab a Top Ten single. Pop music trends are a fickle mistress and once rapping became mainstream the death knoll was ringing for the beloved sax. The sax solo died and was replaced by a rapper spitting hot fire for eight bars.

So when you think about it, guest rapping on a song is the new sax solo.*

(In the irony of all ironies, LL Cool J actually had a sax solo in his late 80’s hit “Going Back to Cali.”) 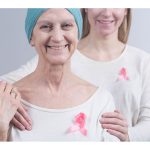 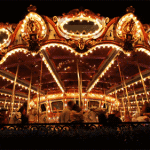 Whole Wheat Better for You Than White Bread, Study Confirms 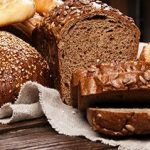