The rise of the indie novel has been fascinating to behold. It is, in my opinion, one of the greatest rebranding efforts to have taken place in modern entertainment. While I’ve benefited from the indie world to a very modest degree, other writers have taken the literary bull by the horns and achieved amazing success.

If you’re new to the world of indie novels, the concept is fairly simple to explain. Rather than bother with query letters, agents, and publishing houses, authors can now publish their works independently and directly. E-book readers and digital books have made this incredibly easy and inexpensive to do. As more and more people trade in their paper books, and choose to read on their iPads and Kindles instead, getting the written word out to a global audience can now potentially be accomplished in a few hours … or less.

Once upon a time, “indie” books went by a very different name. They were either called “self-published,” which doesn’t have a very bookish ring to it, or worse, they were filed under the title of “vanity publishing.” Vanity publishing often involved printing books in bulk, and then paying for and disturbing them on your own. While the digital print on demand era has changed that model some, the basic premise is still the same. Telling your pals you’re an indie author now has some street cred. Bragging about your “vanity” book project just makes you look conceited.

Generations of cool indie filmmakers eschewed the big studios, and received acclaim and strong reputations as independent artists in the process. A slew of modern authors outside the agent and publishing house system felt they should be able to do the same. Whether they queried agents and couldn’t get a bite, or headed straight for the indie path, a new generation of writers (as well as some established authors) were able to publish what they wanted, when they wanted, more or less on their own terms and in their own words.

With the associated stigma of “vanity” behind them, but without the advertising weight of a big publishing house in their corner, writers had to promote their books themselves. Social media was, and continues to be, the answer to this dilemma. Blogs, blog book tours, Twitter, author Facebook pages and a massive array of social media outlets has helped create stars in the indie world. Writers like Amanda Hocking, E.L. James (maybe you’ve heard of her) and John Locke have leveraged indie projects into big money contracts with traditional publishing houses. Other indie writers seem to be content staying in the indie world and building up a loyal following of readers. Most authors who go the indie route will never have the success E.L. James had with Fifty Shades of Grey, but that won’t stop them from trying.

Many traditional authors hate the indie world. They believe the “gatekeepers,” a.k.a. literary agents aren’t especially active in this sphere, so there’s no way to keep quality writing at the top, while separating out the literary chaff. But writing is a very subjective art form. Plenty of traditional best sellers were terribly written, according to the critics, while some indie offerings have really wowed the fiction crowds.

Of course, indie authors don’t benefit from proofreaders and editors in the same manner a traditionally published writer does. Glaring errors, bad grammar, and poor plot structure are rife in the indie world. Even so, you can find a lot of well-crafted books too, because the writer is either brilliant, or had the money to hire a top-notch editor. Indie authors come in all shades (more than 50) and colors.

Another important aspect of indie publishing is the cover art. When I put a few things up on Amazon a while back, I designed my own covers. Before I did so, I took a look at some of the indie online community boards. The discussions about the importance of getting a professional looking cover almost trumped the conversations about the merits and techniques of writing solid prose. Experience, it seems, taught the indie community that a book really is judged by its cover — which is great news for graphic designers searching for steady work.

Indie, or self-publishing is here to stay. Sorting through the mountains of new publications can be a difficult task. You’ll find an awful lot of zombie and vampire series out there, as the indie world tends to mirror closely what’s popular in modern culture, and then lets public opinion and ratings help readers decide what’s best.

Pitfalls do exist, like trolls who deliberately give books bad reviews out of spite, or to hurt the competition, as well as writers who pay for fake reviews. The system is far from perfect, but with so much input, you’ll find no shortage of self-published books to choose from. Yes, some of them will be clunkers, but pieces of beautifully crafted written art will invariably be in the mix as well.

Stress Can Help Bring on a Stroke, Study Shows 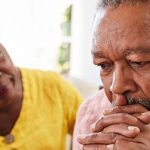 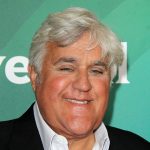 Shower Your Valentine With Love All Year Long

You need to work on your relationship with your significant other all year round, not just on... more»