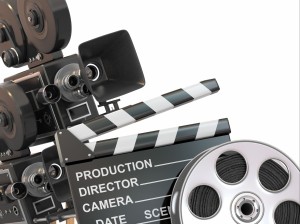 With the emergence of each new app and social media platform, the consumer’s ability to document their experiences is fine-tuned, and the way we share our lives gets easier and better. Hollywood has cornered the market on storytelling, but as mobile devices equipped with awe-inspiring tools to capture, edit, and share their experiences become ever more prominent, the question arises: will the entertainment world and the tech world ever share the storytelling?

For a number of years, the entertainment industry has embraced the tech industry in their narratives. From The Social Network to The Internship, great stories abound. Their relevance is a testament to these uniquely savvy and American success stories.

Even in the financial sector Hollywood A-listers have invested heavily in tech startups. Justin Timberlake has played a key role in the revitalization of MySpace, Ashton Kutcher has invested in dozens of startups such as SocialCam and invi (Not to mention starring in a biopic about one of Apple’s co-founders, Steve Jobs). However, the entertainment industry has yet to embrace the possibilities that new technology and social media can provide.

“Hollywood has always been the best storytellers, but they are only willing to tell stories through the media that they are comfortable with. They need to start telling stories with new media,” said Demir Gjokaj, co-founder of the app MONTAJ. His team’s goal is to create production quality video, but shot and edited only on phones. MONTAJ also has support from the entertainment world, Adrian Grenier of Entourage fame has helped fund the project.

Gjokaj notes that although the famous faces of Hollywood hold tremendous clout, it is the creatives in the industry that must embrace new and innovative ways of both telling and presenting stories for these changes to be possible.

“It’s not Lady Gaga that needs to be paired with a technology company. It’s the minds that create the most compelling content in the world who need to pair up with agencies in technology to create really compelling content,” continued Gjokaj. “Where I get a piece of the story from Snapchat, and I get another piece on Pinterest, I unlock another piece on Facebook. Where I can tell transmedia stories that brands will really pay for.”

The MONTAJ app works like this: a user can take several five second clips. At this point they can then cut it to their exact specifications, add a filter, and then add a song.

Or they can just shake their phone.

If the user shakes their phone, the app immediately cuts the clips, adds a filter, and adds a song. Of course, the user doesn’t have to keep it that way. They can alter anything they don’t like. The shake option, in a sense, empowers the user.

“What’s funny is that it takes people from an assumption that they can’t make a story work to working from instinct on what seems right for their story,” said Gjokaj.

In a matter of speaking, these same constraints can be applied to the possibility of using new technology to heighten and diversify the entertainment industry. Where will this necessary “shake” come from? What is capable of convincing industry insiders that these routes are viable?

“The next generation of transmedia storytellers are going to have to come out of Hollywood, not technology,” stated Gjokaj. “I think when people from Hollywood start pairing with startups at the genesis, then you’ll start to see amazing stories.” 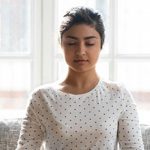 Geeking Out At NY Comic Con 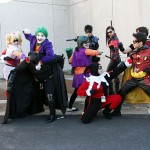