Your chances of surviving cancer could depend on the type of Medicare plan you have, a new study reports.

Americans enrolled in a privatized, cost-saving Medicare Advantage plan are more likely to die within a month of undergoing complex cancer surgery, compared to those in traditional Medicare, the researchers found.

Those covered by Medicare Advantage were 1.5 times more likely to die within a month after having their stomach or liver removed, and twice as likely if they had cancer surgery of the pancreas, according to findings published Nov. 21 in the Journal of Clinical Oncology.

Nearly half of all Medicare beneficiaries — about 29 million Americans — are enrolled in Medicare Advantage plans, the study authors noted.

People covered by traditional Medicare can go to any U.S. hospital that accepts the public insurance, while Medicare Advantage enrollees can only see doctors and providers in their plan’s network and service area.

As a result, the investigators found that people with traditional Medicare are more likely to be treated by a hospital more experienced in dealing with cancer, including:

“Research has repeatedly linked improved surgical outcomes to cancer patients who receive care at a National Cancer Institute-designated cancer center, such as City of Hope, or at hospitals with high surgery volumes or that are accredited by the Commission on Cancer,” lead researcher Dr. Mustafa Raoof, a surgical oncologist at City of Hope hospital in Los Angeles, said in a hospital news release.

Traditional Medicare beneficiaries also were more likely to be treated at hospitals with a higher average number of total beds, intensive care unit beds and operating rooms. Those hospitals also tended to perform many more cancer surgeries on average.

On the other hand, Medicare Advantage beneficiaries tend to experience a delay of more than two weeks between diagnosis and their first round of treatment — possibly because those plans require that patients get prior authorization for their cancer therapy.

The referral process is intended to limit unnecessary medical care, but it also causes delays for Medicare Advantage patients who need quick access to specialized services like complex cancer surgery, the researchers explained.

“The study suggests that cancer patients with Medicare Advantage would experience better short-term health outcomes if more of them had access to hospitals that frequently perform complex cancer surgery,” Raoof said.

For this study, Raoof and his colleagues tracked the outcomes of more than 76,600 Medicare beneficiaries in California who underwent cancer surgery of the lung, esophagus, stomach, pancreas, liver, colon or rectum.

The U.S. National Cancer Institute has more about cancer surgery. 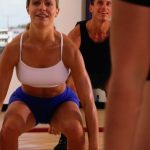 You don’t have to go to the gym for a strength-training workout. With these three moves, your... more»

(HealthDay News) — More than 160,000 people died in the United States of an unintended injury... more» 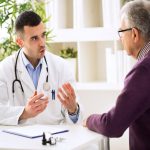