Disclaimer: This is what my panic attacks have been like. Everyone is different.

It often happens in the early morning hours, the worst part of the day to be awake. You snap out of a restless sleep to an immediate sense of trepidation.

Something horrible is about to happen.

Then you start to feel it in your stomach—which would make zero sense if your doctor hadn’t told you that many of your shot-to-hell nerves are centered in your stomach. It’s why you feel queasy when terrible things happen or you are extremely nervous.

It’s not a stomachache or cramp, really. It’s something else, akin to the feeling you’d get when you were a little kid and getting into deep trouble was the worst thing that could happen to you. By now, you’re used to feeling a low-level anxiety almost constantly, and it starts in the morning, but some days are worse than others, and the worst days are the panic attack days. They call it an attack, but you always know it’s coming, even though there’s nothing you can do to keep it from arriving, really. And you know this because you’ve tried most everything. Sometimes the breathing exercises work, but only if you’re able to somehow shut your mind down and enter a meditative state, and only if you’re actually able to breathe deeply instead of hyperventilating. The drugs you’ve been prescribed also sometimes help, but this almost feels like cheating and it isn’t always an option (more on that later).

You realize you’re definitely in for it when your palms begin to tingle along with the area surrounding your shoulder blades. It moves to your neck and your skin begins to feel as though it’s burning. The cold sweats start.

You hop out of bed and head into the restroom to take a pee, thinking that maybe the movement will shake some of the panic out of your system, that by hanging a wire you might piss out some of the negative and freaked out vibes.

And when you find yourself back in bed, you’re unable to lie still for more than 30 or so seconds at a time. Your body won’t allow it. You’re fooled into thinking that by perpetually moving, the panic will be expelled from your limbs and midsection.

The best thing would be to get outside and go for a walk or run, to really get some strenuous movement in, or to unroll your yoga mat and do some poses. But the thought of getting out of bed and doing anything before you have to shower and go to work is haunting.

You look at the orange bottle of Xanax or Klonopin on your night stand and think about taking one, but you’ve got shit to do that day and all it’ll do is knock you out. What’re you going to do, call your boss and say you’ve just had an anxiety attack and are on drugs that will prevent you from being at all productive for the next six or so hours? You could do that, sure, but unless the person you’re talking to has never had a panic attack and cannot empathize, you worry that he or she will think this is some kind of lame excuse, that a panic attack isn’t all that debilitating.

Someday they might know, you think, but you hope not.

Occasionally the attack will be so bad that you’ll have to call in sick, but you do so under the auspices of a more traditional malady, like the stomach flu, which isn’t that far from the truth, because more often than not you’ll get out of bed at some point and vomit bile into the toilet. This feels strangely wonderful and is kind of a perverse relief. Other times, you’ll s**t your brains out. Anxiety manifests itself in many ways, none of which are fun.

During the worst ones, you’ll have strange thoughts. You never contemplate hurting yourself, but you start to feel a sort of apathy about life in general. You think things like if you were dead, maybe that wouldn’t be so bad; that if it happened, it happened, and that would be that. This feeling also passes and when you look back on it, you wonder how you could have felt so terrible. Until you have your next panic attack.

Eventually, the attack goes away and you’re able to function for days, weeks, months, or years without having another one. But anxious people worry a lot, and no matter what there’s always a little bit of worry in the back of your head that you’re going to have another panic attack, and that it might be worse than any you’ve ever had in your life.

But like any chronic issue, once you accept that it’s something that will stay with you, and that all you can do is everything you can to avoid panic attacks and cope with your abnormally anxious nature, you’ll be better for it. 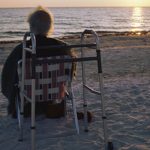 The number of people living with Parkinson’s disease worldwide could double in the next two... more»

Exercise May Keep Your Brain Healthy

Exercise may do more than build body strength: New research shows it might also keep brain cells in... more»