For most, playing online video games is largely a harmless hobby. But a new review finds that some fall prey to what experts call “internet gaming disorder.”

The concept that gaming could become an addiction first gained traction in 2013 when the disorder was included in the “Diagnostic and Statistical Manual of Mental Disorders” (DSM). At the time, the disorder was only listed as a “condition for further study.”

Now, a broad review of prior research has done just that.

The new review looks back at more than 40 investigations conducted worldwide between 1991 and 2016. It concludes that — like other types of addiction — internet gaming disorder is a complex condition that arises when fun morphs into a loss of control, turning into an obsession.

Paulus is the head psychologist in the department of child and adolescent psychiatry at Saarland University Hospital in Homburg, Germany.

Still, the investigators stressed that internet gaming addiction remains the exception among players rather than the rule. They note that “for most individuals, computer gaming is an enjoyable and stimulating activity.”

The reviewers also point out that the way in which the disorder is defined varies widely among studies and across different cultures, making it hard to draw broad conclusions.

For its part, the DSM states that an “essential feature” of the disorder is having a “persistent and recurrent participation in computer gaming for typically 8 to 10 hours or more per day and at least 30 hours per week.” Typically, this involves group games with many remote players.

That definition, said Paulus’ team, is “a good starting point.” But the researchers argued that it doesn’t go far enough.

For example, they concluded that the manual doesn’t sufficiently account for the vicious circle that likely envelops gaming addicts. In that scenario, an individual’s poor social skills and self-esteem may lead to a gaming obsession, which then further undermines those social skills, and so reinforces the addiction.

And the researchers cautioned that the definition also doesn’t account for the full range of other mental health concerns — such as depression, anxiety, isolation and attention deficit hyperactivity disorder (ADHD) — that likely feed into risk for the disorder.

The team believe internet gaming disorder is a real phenomenon that can endanger an addict’s social and academic future and compromise overall mental and physical health.

The review was published recently in the journal Developmental Medicine & Child Neurology.

Dr. Arshya Vahabzadeh is chief medical officer with Brain Power Innovation at Massachusetts General Hospital in Boston. He believes that video games and apps can be a positive experience for many.

But Vahabzadeh agreed that “over time, similar to an addictive substance, individuals may find that this ‘digital drug’ damages their work and personal lives, leads them to craving for more, and causes withdrawal symptoms in its absence.”

Another behavior expert said many parents do worry about gaming’s downsides.

“In fact, if you ask any parent about their children and video games, they pathologize the practice even more than scientists,” said Mark Griffiths, a professor of behavioral addiction at Nottingham Trent University in England.

“These findings basically confirm what we already know,” he said.

But Griffiths concurred that most child gamers do not suffer from addiction.

“I certainly think this is a condition. But preoccupation or excessive use is not necessarily problematic,” he said. “Excessive doesn’t mean bad. The number of people who are addicted to video games in the way that one can be addicted to drugs or alcohol is very, very low.

“It’s not about the amount of time a child spends in front of a video game,” Griffiths explained. “It’s about the content and context in which that screen time figures into his or her life.

“If your kid is not suffering educationally, and has got a wide network of friends, is doing his chores and engaging in physical education, then what they’re doing with their spare leisure time is not negatively impacting their life and cannot be called an addiction — even if the parent thinks it’s excessive,” he said.

A Sweaty Guy: Embracing Your Flaws, For Better or Worse 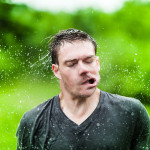 Killer Umbrellas For The Dapper Gentleman 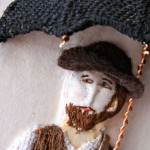 This guy is because his umbrella is sh*t -- don't be him. more» 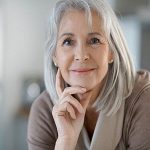