After seeing an abrupt spike in traffic fatalities in 2015, which reversed a 35-year downward trend, road safety experts assumed increased cellphone use was to blame. But when the statistics for that period showed no change in smartphone use, researchers turned to the weather.

And that’s where they found their answer.

“Apparently most of the increase in road deaths was related to temperature increase, simply because people go out on the road more when it’s warmer,” explained study author Leon Robertson.

“The people who were more likely to die were pedestrians, bicyclists and motorcyclists, so it was obvious that people are on the road more when the temperatures get warmer,” Robertson added.

He is now retired from the Yale University School of Public Health’s department of epidemiology and public health.

Robertson cautioned that this study can’t prove global warming caused the increase in traffic deaths. But, an association between the two suggests a vicious circle, where higher temperatures equal more miles driven, which leads to more carbon dioxide emissions, which trigger higher temperatures, he explained.

Robertson looked at two sets of data to see if there was an association between temperature and rainfall on how many miles people in the 100 most densely populated U.S. counties drove in a year.

Between 2014 and 2015, the average annual temperature increased 1.5 degrees Fahrenheit in the areas studied, Robertson found.

In addition, people drove about 60 extra miles per year for each degree increase in temperature. And they drove about 66 more miles for each additional inch of rainfall.

The death rate was higher in warmer areas and in those with higher rainfall, Robertson said. It was also higher where the speed limit on highways was higher.

The death rate was lower for people with higher incomes, possibly because these drivers had newer cars with more up-to-date safety features, he suggested.

Robertson calculated that, based on the association between miles driven and average temperature in urban areas, drivers drove nearly 14 billion extra miles as the result of a 1.5-degree increase in temperature.

More driving was not the only reason for increased deaths, Robertson said. Warmer weather also meant more pedestrians and bicyclists were out, increasing the chances for fatal accidents.

Although the temperature increase from 2014 to 2015 was unusual for a single year, it matches the effects of heat-trapping gases from burning fossil fuels, the report noted.

“As temperatures continue to rise, more people will die in road accidents unless people stay off the roads or there are other preventive measures,” Robertson said.

Not everyone was willing to pin the increase in road deaths on weather alone, however.

“We speculate that the economy was a bigger factor [in the increase in traffic deaths] than the weather, but certainly weather plays a role,” said Kara Macek, a spokeswoman for the Governors Highway Safety Association.

“We’ve seen that not only with bicyclists and pedestrians, but also with motorcyclists. Motorcyclist fatalities tend to increase during milder winters because more motorcyclists are riding,” she said.

Another expert agreed that climate change is playing a part in increased traffic deaths.

“We find a large and significant relationship between warmer weather and more traveling by walking, biking or motorcycling, which is more dangerous than driving in a car,” said Benjamin Leard, a fellow at the think tank Resources for the FutureLeard.

He has studied the relationship between global warming and traffic deaths.

The report was published online Aug. 31 in the journal Injury Prevention.

For more on car crash deaths, visit the U.S. Centers for Disease Control and Prevention.

Just How Harmful Is TV for Your Health? 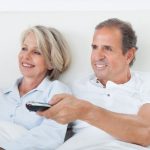 Cautions about TV viewing are as old as television itself, but how bad is it really? A number of... more» 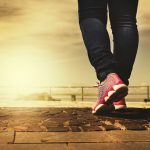 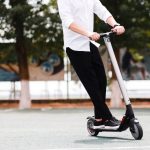