Former professional football players are at increased risk for an enlarged aorta, which can lead to a life-threatening bulge in the artery, a new study reports.

The aorta, the largest artery in the body, carries blood from the heart to the rest of the body. The short part of the aorta is called the ascending aorta. It rises from the left ventricle — the bottom left chamber of the heart — and supplies the coronary arteries with blood. Enlargement of the ascending aorta, called dilation, can increase the chances of a bulge. The bulge is known as an aneurysm.

An ascending aorta that is more than 4 centimeters (1.6 inches) in diameter is considered to be dilated.

The study included 206 former National Football League players and a control group of 759 other men older than 40. Compared with the control group, the former pro football players had significantly larger ascending aortic diameters.

The findings were to be presented Wednesday at the annual meeting of the Radiological Society of North America, in Chicago. Experts note that research presented at meetings should be considered preliminary because it has not gotten the scrutiny given to research published in medical journals.

“In former NFL athletes, there was a significantly higher proportion of aortic dilation compared to our control group,” said study author Dr. Christopher Maroules. He is chief of cardiothoracic imaging at the Naval Medical Center in Portsmouth, Va.

“This process is likely not associated with atherosclerosis cardiovascular disease, because when we compared coronary calcium, we found no significant difference between the two groups,” he said in a radiological society news release.

According to Maroules, the findings suggest that repeated strenuous exercise can affect the aorta.

“It remains to be seen if this remodeling sets athletes up for problems later in life,” he said. “We’re just scratching the surface of this intriguing field, and imaging can play an important role in it.”

The U.S. National Heart, Lung, and Blood Institute has more on aneurysms.

Berry Good for You: Some Foods Can Strengthen Your Brain 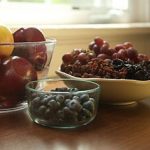 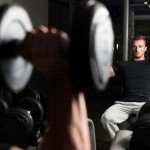 Health Tip: Get Your Workout on a Mountain Bike 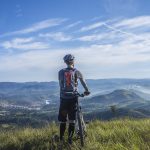