In the 2005 NFL Draft, we saw Aaron Rodgers fall to the 24th overall pick. Once the San Francisco 49ers passed on Rodgers and selected Alex Smith with the 1st overall pick, Rodgers was bound to fall past where most mock drafts had him slotted to be picked, especially with teams having bigger needs than a single quarterback. Eventually, the Green Bay Packers, who still had a Pro-Bowl QB in Brett Favre, decided that Rodgers was too great of a talent to pass up and selected their future signal caller. As some teams emphasize, Green Bay took the best player available instead of an immediate need. At some point in the draft, teams will need to make similar decisions. For good teams, that decision is much easier to make. They can select the best player available and have them sit and learn, as in the case with Rodgers. However, most teams do not have the luxury to do so. They need players that can make an impact right away. As the draft consists of seven rounds, some teams may decide to trade down in the draft to obtain more picks. Therefore, it’s hard to predict who’ll end up trading up or down. This will definitely have an impact on the player’s draft position.

In this year’s draft, the top two picks are relatively clear. Jameis Winston from Florida State and Marcus Mariota from Oregon sit atop the draft. It’s obvious to see that the teams that struggled in 2014 lacked consistent quarterback play. Therefore, the obvious choice would be one of these top college quarterbacks. Winston led his team to a National Championship in 2013, while winning the Heisman Trophy. Mariota followed in a similar fashion, winning the Heisman Trophy in 2014, but fell to the Ohio State Buckeyes in the National Championship game. Many experts have analyzed these two players more than any other player in this year’s draft. Winston has had his share of problems off the field while Mariota has been a model citizen and an excellent team player. However, some analysts question whether Mariota has the intangibles and leadership that the position requires, due to his quiet demeanor. Other skeptics feel Winston doesn’t have the maturity needed to succeed in the NFL. Regardless of the back-and-forth debate on the better choice, only time can tell who will end up having the better NFL career.

Given the success that rookie wide receivers had a season ago, I can see three going in this year’s Top Ten. This list includes Amari Cooper (Alabama), Kevin White (West Virginia), and DeVante Parker (Louisville). Without considering trades that can happen tonight prior to the draft, several teams, including the Tennessee Titans, Oakland Raiders, New York Jets, and the Chicago Bears, could be in the hunt for a playmaker at the wide receiver position. However, given how poorly these teams performed in 2014, don’t be surprised if they traded down to acquire more picks in this year’s draft.

Personally, I’m intrigued with the talent of the pass rushers in this year’s class. Proven by the success of the Seattle Seahawks, defensive line play is critical to the overall play of a defense. It can mask weaknesses in other areas just by consistently rushing the passer. Easily the deepest position in the early part of the first round, there are at least a handful of elite playmakers to choose from. The early favorites include Leonard Williams (USC), Dante Fowler (Florida), Vic Beasley (Clemson), Randy Gregory (Nebraska), and Shane Ray (Missouri). In my opinion, any of these top pass rushers can make an impact immediately.

The running back position is the hardest to predict in the NFL Draft. As the game has shifted more towards emphasizing the passing game, running backs are devalued to some degree. Of course, there are exceptions. In my opinion, Todd Gurley of the University of Georgia is that exception. He is an absolute beast! He can single-handedly change a game, whether it’s running between the tackles, taking it outside, or catching the ball out of the backfield. He is the best in terms of pure talent since Adrian Peterson came into the league in 2007. It would not surprise me if a team selected him within the top 10 picks.

Here’s my mock draft of the Top Ten Picks of this year’s NFL Draft, without taking trades into account. As two teams look to upgrade at offensive line, DeVante Parker and Randy Gregory slide outside my top ten:

Will I be right? We’ll find out tomorrow. In the meantime, let me know if you agree or disagree with my picks.

Who Is The Modern Woman’s Ideal Husband? 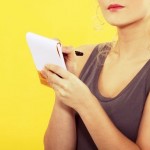 She's making her list and checking it twice. more»

COVID-19 is being diagnosed in Hispanic communities at a disproportionately high rate, a new study... more»