The 2015 NBA Draft order was revealed on Tuesday and the Los Angeles Lakers were fortunate enough to move up, jumping two spots, from No. 4 to No. 2. The Lakers held a protected Top 5 pick, which meant the team would lose their pick to the Philadelphia 76ers (acquired via Phoenix from the Steve Nash trade), if they slid outside the Top 5. There was a 17% chance of this scenario playing out. Luckily, the Lakers ended up being the only lottery team to move up in the draft. The New York Knicks were the big losers on the night, dropping from No. 2 to No. 4.

For the past few years, Lakers fans have had to endure trials and tribulations, something they’re not used to doing. Coming off of five championships from 2000-2010, they honestly have been spoiled by the Lakers success. They’ve grown to expect it from their team. So with the recent struggles, they’ve learned to appreciate what they once had. In the upcoming NBA Draft, the Lakers have the No. 2, No. 27, and the No. 34 overall picks. With plenty of cap space and a plethora of draft picks, I can see the light at the end of the tunnel. Winning won’t come easily or immediately, but we finally see an influx of youth to add to Kobe Bryant (Black Mamba), Julius Randle (the No. 7 overall pick in the 2014 Draft), Jordan Clarkson (1st Team All-Rookie), and a few savvy veterans in Jordan Hill and Nick Young.

I’m not claiming that the Los Angeles Lakers will be competing for a title in the 2015-2016 NBA Season. However, they will be able to compete night-in and night-out; something that they failed to do this past season. Often times, the Lakers were overwhelmed with the opposition’s talent and failed to keep the game competitive. But listen up, Lakers Nation; they’ll be back sooner rather than later!

The Lakers have many holes to fill if they’re looking to field a competitive team for next year. Below is my blueprint on how the Lakers can and will return to elite status.

With the No. 2 overall pick in the 2015 NBA Draft, the Lakers will select either Karl-Anthony Towns (Kentucky) or Jahlil Okafor (Duke). Both players have the potential to be future NBA All-Stars. Adding a player of that caliber will be detrimental to the future success of the Lakers franchise. In addition, the Lakers will look to add depth at the small forward and point guard positions with the No. 27 and No. 34 picks in the draft. However, depending on the moves made in free agency, their needs could change.

With an abundance of talent that will become available this summer in free agency, the Lakers will need to make a big splash, especially with the amount of available cap space. Big names such as Marc Gasol, LaMarcus Aldridge, Kawhi Leonard, Kevin Love, Jimmy Butler, and DeAndre Jordan lead the list of free agents. Other free agents to keep an eye on include Goran Dragic, Draymond Green, Paul Millsap, and Greg Monroe. There are also other impactful players available via free agency who won’t demand a max-contract like most of the names above.

Ultimately, the Lakers need to add a max-contract type of player, in addition to adding a few other veteran free agents, if they want to be competitive in the years to come. Add this to the draft picks and current players on the roster, Lakers fans have a team to be excited about. Also, Kobe’s contract comes off the books after next season, which will free up approximately $25 million to spend on free agents in 2016. The salary cap is expected to rise from $66 million (2015-2016) to $80 million (2016-2017). With many big names available in the 2016 free agent market, the Lakers could decide to wait on signing a max-contract player until then. I guess we’ll see how everything plays out. I’d love to hear your comments and opinions on the future of the Los Angeles Lakers! 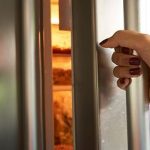 Strength-Training Exercises You Can Do Anywhere 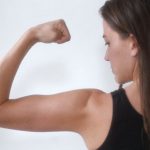 You don’t have to go to the gym to get a great muscle-building workout. You don’t even... more» 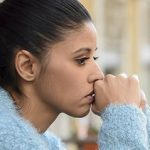