Twitter is a fascinating app, and an even more interesting place. When it first came out in 2006, well-known people, like Stephen Fry and Ricky Gervais, really helped make the Twitterverse a humorous and engaging destination. Then of course the trolls caught on, as well as marketers and the self-promotion crowd. News outlets started taking Twitter feeds seriously, and network news hosts began reading Twitter comments — from anonymous and known users alike — on air. Celebrity beefs (not Trump steaks) and feuds were started, challenges issued and sometimes met (Amber Rose, Ariana Grande, Nicki Minaj and more), and Twitter became a really big thing. But you already know that.

Now that we’ve moved down the social media road a bit, with plenty of evidence about how Twitter is great for promoting whatever skillset people wanted to promote — and of course the celebrity culture mentioned above, which is such a staple of the 140 character-or-less environment — Twitter has evolved into something else. Social justice movements have been harnessing the power of the tweet (not just the street) to affect social change for some years now. These movements have come on a variety of scales, and worked to varying degrees — although some have been spectacular disasters as well.

When the Arab Spring rolled around in early 2011, Twitter, which was at the forefront of this massive social movement in many ways, held so much promise to help foster positive social change. In light of recent history, no one really reflects on that time with fond memories anymore. Turns out folks with less-than-friendly inclinations, you know, like blowing things up (edifices, people, and societies) knew how to use social media to help further their goals pretty damn effectively, too.

And while Occupy Wall Street and Black Lives Matter have used Twitter to promote and organize worthy causes, the overall noise coming from a never-ending barrage of tweets (snippets of deep-seated opinions), from inspirational quotes to downright hateful remarks, make it difficult to sort through the clutter and find what’s really important to our lives. Sure, you can key in on a particular cause or celebrity, especially if they happen to be making headlines at the moment — but with the modern news cycle, which seems to last 24 hours or less these days, how long will you spend on any issue or person before moving on to something else?

A Twitter-based life — constantly tweeting and retweeting, wasting important brainpower — can be an exhausting business. Twitter is a company plagued with problems of late, from a ton of pressure from Wall Street (get more people to sign up!) to Twitter-based harassment (perpetuated by users) run amok — including incitement to crime, plus the general bullying nature of an awful lot of Twitter chatter. It’s a platform for communicating ideas (noble, obscene or mundane) at its core, but it’s also a platform for attacking people and heaping scorn upon them, evidenced by what happened to Robin Williams’s daughter Zelda Williams.

Everyone has the right to express their opinions and tweet about them, of course. Still, a Twitter-based life, with the user immersed in a constant flow of tweets, can be a lot to handle. While the service can give us insight into the better side of humanity, it also gives us insight and exposure to the types of people who need to vent their vitriol to the world in the most destructive of ways. They’re out there, waiting to lash out, safe in their technological anonymity, taking pleasure in ripping others apart. Welcome to the human, Twitter-based race.

Sometimes It’s OK Not To Talk 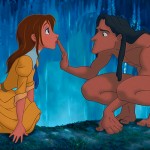 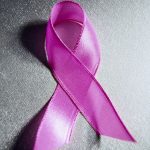 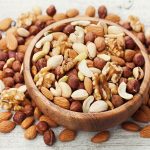