Missing just an hour or two of sleep at night nearly doubles your chances of a car crash the next day, a new report suggests.

And getting behind the wheel after only four to five hours of shut-eye quadruples that risk. That’s comparable to driving with a blood alcohol concentration considered legally drunk, the AAA Foundation for Traffic Safety researchers warned.

“This is the first study to actually quantify the relationship between lack of sleep and the risk of being involved in a motor vehicle crash,” said report author Brian Tefft, who added that the risk of sleep-impaired driving has long been “underestimated and underappreciated.”

“Not everyone drinks and drives or texts while driving, but everyone gets tired,” Thomas said. “And far too often, drivers are putting themselves and others at risk by getting behind the wheel without the sleep they need.”

National sleep organizations recommend that healthy adults get seven to nine hours of sleep each night. Teens, young adults and people recovering from a sleep deficit may need even more slumber, according to the report.

It makes sense that sleepy drivers’ performance would be impaired, Tefft said. “But before this study, we did not have real-world evidence of the size of the increase in crash risk in relation to the degree of acute sleep deprivation,” he explained.

For the report, which was released Tuesday, the AAA Foundation for Traffic Safety examined data from a NHTSA survey.

The survey consisted of a representative sample of nearly 4,600 police-reported crashes from July 2005 to December 2007. These crashes involved at least one vehicle towed from the scene of the accident and the dispatch of emergency medical personnel.

Specially trained investigators at the scene assessed factors that contributed to the crash as well as drivers’ sleep routines, changes in sleep schedule and amount of sleep in the 24 hours before the crash.

The foundation estimated crash risk for a given amount of sleep versus the recommended seven hours or more of sleep. They compared the sleep of drivers whose actions or errors contributed to crashes to drivers involved in crashes not due to their own mistakes.

Drivers operating on four or fewer hours of sleep are a whopping 11.5 times more likely to be involved in a crash than well-rested drivers, the researchers found.

Drivers who contributed to crashes were more likely to report having slept less than usual in the 24 hours before the crash. They were also more likely to have altered their sleep schedule in the past seven days.

The youngest and oldest drivers were the most culpable in these drowsy driving-related accidents. By contrast, drivers who did not contribute to crashes were mostly middle-aged, the report said.

Jake Nelson, director of traffic safety and research for AAA, the nonprofit roadside assistance and services organization, urges people to build adequate sleep into their schedules to protect themselves and their loved ones.

“Sleep often ranks low on most of our lists,” he said. “But we do prioritize providing for and ensuring the safety of our families — two important tasks we cannot do if injured or killed because we fall asleep behind the wheel.”

Researchers Use Computers and ‘Exoskeletons’ to Help Stroke Survivors 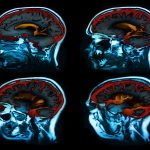 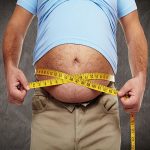