If you need more than a simple Sunday stroll when you head out and stretch your legs, Mother Earth has a hell of a lot of challenges she can offer you. North America, Europe, Africa and beyond are brimming over with vertigo-inducing hikes that will force you to literarily take your life into your own hands. For people who are not faint of heart, and are fine with altitude and long, vertical drops (long enough you could write your will and testament on the way down), here’s a range of death-defying trails that will get your blood pumping — and if you’re up for a true adventure — show you some of the best times you’ll ever have in your relatively short life.

The Dolomites are famous for their rugged, steep and oftentimes terrifying via ferratae. The Italian term “via ferrata” means “iron path” in English. These iron paths, or roads, got their start in Italy during WWI when various Italian troops were fighting for control of different peaks in the Dolomites. These days, the Dolomites, and the iron rungs marking the via ferrata routes (and providing climbers with protection from deadly falls) offer some of the most precipitous hiking in the world.

One of the toughest routes is the Ferrata Costantini, which will have you “hiking” up to almost 10,000 feet. You won’t need a lot of professional gear to tackle this via ferrata, but you will need a climbing harness in order to clip into the protective cables. Some decent hiking boots and appropriate clothing wouldn’t be a bad idea either.

The Drakensberg Grand Traverse in South Africa is a wild, and possibly life-altering (or ending) time. It’s a multi-day trek that covers some stunning, and very sheer landscape across the Drakensberg mountain range. Climbing, hiking, walking and tumbling down escarpments are all a part of the fun — not to mention more world-class views than you will probably be able to count — of this grand traverse.

If you’re afraid of heights, avoid the Mount Nimbus Skywalk at all costs. This Canadian via ferrata, located deep in the Rocky Mountains, is full of vertical climbs, wobbly suspension bridges across jagged terrain, and if you completed the “hike,” the right to boast that you’ve conquered the highest, most isolated via ferrata in North America. Because of the remoteness of the location, most hikers have to be flown in by helicopter. How’s that for badass?

While the Mist Trail, located in California’s Yosemite Park is an iconic hike, it’s not without its perils. The danger factor increases if you choose to climb the cliffside stairs and hike all the way to the top of Nevada Falls. Even so, this hike offers a variety of views of some of Yosemite’s most famous landmarks, including Liberty Cap, Nevada Falls (of course) and the Half Dome. If you really want to live on the edge, you should climb the Half Dome — a trail that has claimed quite a few lives over the years. Well, rather the falls did.

Now we’ve come to some proper Southeast Asian via ferratae. Malaysia’s Mount Kinabalu, located on the island of Borneo, will have you scaling to new heights while dangling from ladders and cable bridges above the clouds. And you don’t even have to be a professional climber to indulge in these thrills. If you can climb a ladder, don’t get winded easily, and don’t cry like a baby whenever you’re more than 10 feet off of the ground, you should be all right. Metal rungs and ladders will guide you upward toward some of the most spectacular vistas you’ll ever happen upon. Mountain Torq, situated on Mount Kinabalu, also happens to be the world’s highest via ferrata, coming in at around 12,470 feet (3,800 meters) above sea level.

This one is a doozy, and was technically an illegal hike for a fair amount of time. El Caminito del Rey is an elevated walkway badly in need of repair. It’s located in the El Chorro gorge, in Málaga, Spain. The pathway was erected for construction workers building two hydroelectric power plants to cross back and forth on. Now dubbed “The King’s Pathway,” this treacherous walkway, considered by many to be the most dangerous in the world, is a walk meant for the adventurous — or, at the very least, the foolhardy.

A small, preliminary study suggests that a brain area called the hypothalamus appears to be about... more»

Want A Fake Girlfriend? There’s An App For That 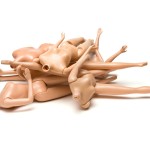 No heads needed, none gotten either. more»

Warm Up to Turkey Chili 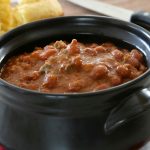 When cold weather hits, a hot bowl of chili is a great way to fuel up. High-protein turkey chili... more»